Skip to content
Previous Next
An Autumn of Discovery – The McMichael Opens Two Exhibitions on Artists from Manitoba: L.L. FitzGerald and Robert Houle

An Autumn of Discovery 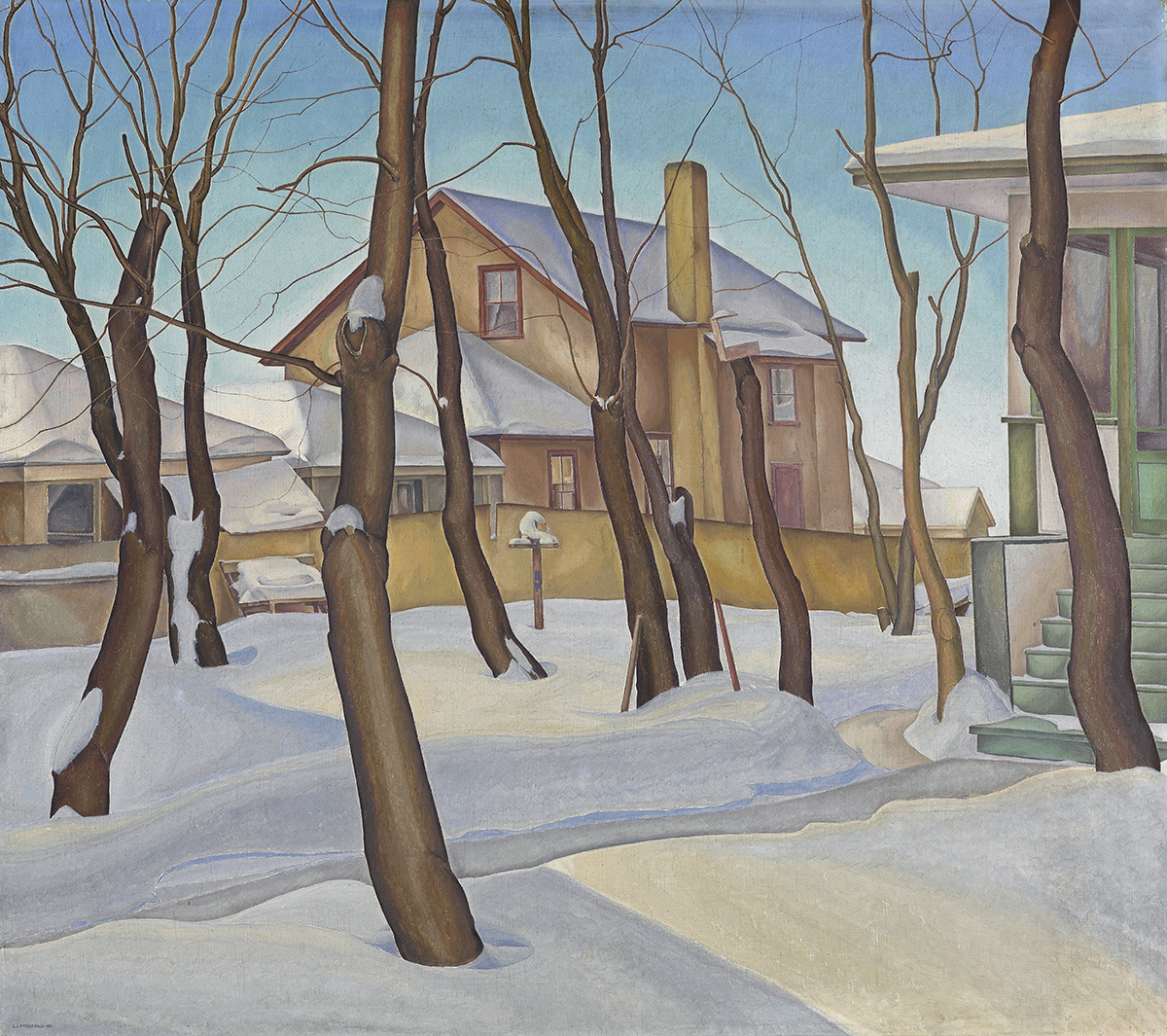 August 30, 2019, Kleinburg, ON – The McMichael Canadian Art Collection is pleased to announce a pair of fall exhibitions that offer illuminating perspectives on the Canadian landscape by two artists from Manitoba born more than half a century apart.

Opening on October 12, Into the Light: Lionel LeMoine FitzGerald (through February 17, 2020) examines the accomplishments and legacy of Winnipeg-born FitzGerald (1890–1956), the last member to join the Group of Seven in 1932 and the only member of the Group to hail from western Canada. FitzGerald was admired for his meticulous evocations of the animating forces of the landscape and his sensitive depictions of light. Although he turned to abstraction in the 1950s, the majority of his work focused on depicting the prairie landscapes of his home province of Manitoba, and the laneways and quiet back streets of his Winnipeg neighbourhood. Joining the Group of Seven just one year before it was officially disbanded, FitzGerald is often overshadowed by his better-known peers in critical discussions of the Group’s work. However, his extensive body of work and his contributions to Canadian art history and arts education deserve to be more widely celebrated.

“As the spiritual home to the Group of Seven, the McMichael is the perfect venue to present a comprehensive retrospective of FitzGerald’s work, a Canadian artist that the world has yet to fully discover,” says McMichael Chief Curator Sarah Milroy. “This comprehensive show will be the first full-scale retrospective of his art, revealing the incredible range of his achievement — from breathtaking drawings of tree trunks and cloud formations to sophisticated still life paintings that vibrate with intensity, to vivid, geometric studies of his own backyard. FitzGerald is a true original. I think we have done him proud at last.”

The exhibition, which is presented in partnership with the Winnipeg Art Gallery, is co-curated by Milroy, McMichael Executive Director Ian Dejardin, and noted Canadian art scholar Michael Parke-Taylor. It has been financially assisted by the Ontario Cultural Attractions Fund a program of the Government of Ontario through the Ministry of Tourism, Culture and Sport, administered by the Ontario Cultural Attractions Fund Corporation.  Into the Light will feature over 200 works, including paintings, prints and drawings by FitzGerald and will be accompanied by a comprehensive publication featuring essays by a range of scholars, writers and contemporary artists.

In a concurrent exhibition, the McMichael will present the exhibition Robert Houle: Histories (September 14, 2019 through February 23, 2020), a selection of works by Saulteaux artist Robert Houle (b. 1947, Saint Boniface), who grew up in Sandy Bay First Nation on the western shore of Lake Manitoba. Houle’s childhood was marked by his time at the Sandy Bay Residential School where he, like many other Indigenous children, suffered horrific abuse. The exhibition will feature selections from Houle’s 2009 series Sandy Bay Residential School, a suite of 24 oilstick drawings which represent the artist’s efforts to recollect and confront the horrors of his childhood.  Evocative and spare, the drawings explore the interior landscape of trauma as triggered by physical memories of the school, its dormitories, playground and disciplinarians. The series will be shown alongside Houle’s moving self-portrait Blue Thunder (2011), a testament to the artist’s courage and resilience, and a number of related works in oil on canvas drawn from the National Gallery of Canada and the artist’s private collection.

The McMichael is also delighted to have on view for the first time in Ontario Houle’s monumental triptych O-ween du muh waun (We Were Told) (2017), a reimagining of Benjamin West’s canonical history painting The Death of General Wolfe (1770). In Houle’s retelling, West’s seated Delaware warrior is presented contemplating the horizon in a verdant landscape untouched by colonial interlopers. Taken as a whole, Robert Houle: Histories is a tribute to the resilience and courage of Indigenous people in the face of adversity.

About the Winnipeg Art Gallery

The Winnipeg Art Gallery was established in 1912 when a group of Winnipeg businessmen, recognizing “the civilizing effects of art,” each contributed $200 to open a gallery in the Winnipeg Industrial Bureau Exposition Building that existed at the corner of Main and Water Streets. Thus, the WAG was born, becoming the first civic art gallery in Canada. Now in its 104 year, the Winnipeg Art Gallery has developed from a small civic gallery to Canada’s sixth largest gallery with an international reputation.

Into the Light: Lionel LeMoine FitzGerald