Skip to content
Previous Next
At 100, the Group of Seven shows off unexpected angles

At 100, the Group of Seven shows off unexpected angles

At 100, the Group of Seven shows off unexpected angles 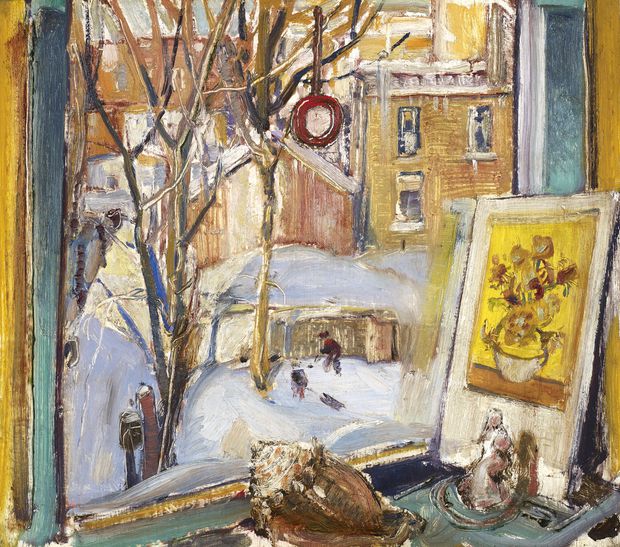 If you venture to the McMichael Canadian Art Collection in Kleinburg, Ont. this year, of course you’ll meet up with old friends. There, at the start of an exhibition timed to the centenary of the Group of Seven, is Lawren Harris’s majestic Mount Robson thrusting itself through the snowfields of the Rockies. A few rooms later, you’ll find A.Y. Jackson’s First Snow, Algoma perfectly capturing the softening effect of the flakes on the landscape.

But in ‘A Like Vision:’ The Group of Seven at 100, you’ll also encounter enough unfamiliar stuff to make you wonder if the exhibition shouldn’t be called An Unlike Vision. Perhaps Arthur Lismer’s little cartoons of artists on painting trips in the bush can be read as mere footnotes to the Group’s great landscape project. And yet, a work such as his still-life painted from his window in Montreal strikes an uncharacteristic note of Old World intimacy in which the influence of Post-Impressionism has been reduced to a postcard of Van Gogh’s Sunflowers propped up against the sill.

And F. H. Varley’s portraits of flappers are more intriguing than any of his landscapes while his Night Ferry, Vancouver of 1937, with its view of the city’s skyline and a Munch-like swirl to the water, could win a prize for the most unlikely painting in this show: wrong geography, too urban and too nakedly expressionistic to make it an easy fit within fond memories of the Group of Seven’s blasted pines or swelling mountains. 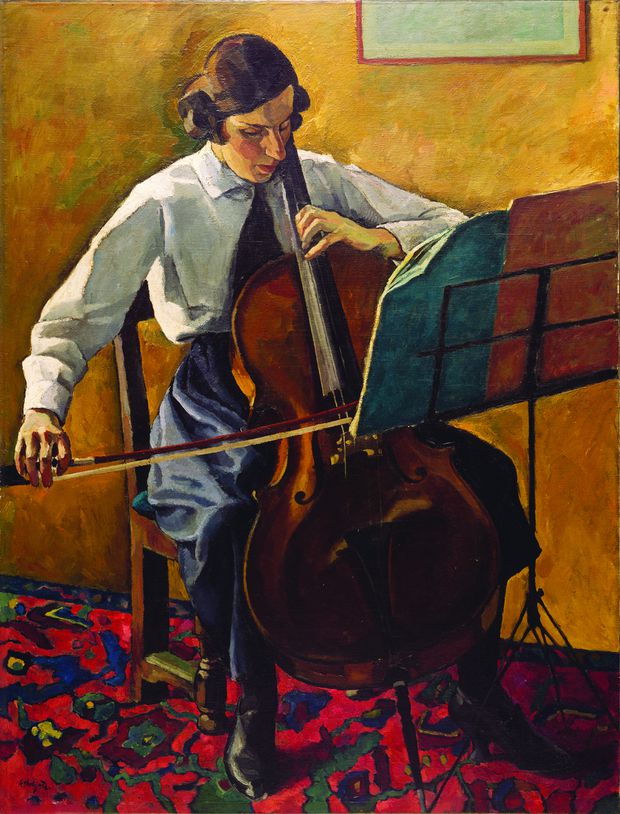 Edwin Holgate’s The Cellist is a Canadian classic to be sure, but also a sharp urban portrait and painted by a member who only joined in 1929. Meanwhile, who knew that Frank Johnston spent his later career painting light on snow and water with a Flemish-inflected naturalism utterly different from the Group’s expressive Post-Impressionism. But then, Johnston did quit the Group only four years after its founding, figuring he could make better money without the affiliation.

This show, curated by McMichael executive director Ian Dejardin, is filled with such tidbits as it carefully lays the groundwork not of the Group’s contemporary legacy but rather of its historic fact buried beneath sweeping impressions based only on the greatest hits. A room is devoted to each member with a representative selection from each career both inside and outside the Group. There were seven of them originally, then only six when Johnston left in 1924. They were seven again when the long-lived A.J. Casson joined in 1926, and then eight with the addition of Holgate in 1929 and then, very briefly, nine with the addition of Lionel LeMoine Fitzgerald in 1932. He was a member for a mere eight months before the Group disbanded in 1933 after the death of J.E.H. MacDonald, at which point the artists wisely chose the name the Canadian Group of Painters and expanded their membership.

And no, Tom Thomson, the Group’s chief inspiration in depicting the Canadian landscape through new, modern eyes, was never a member, since he died in 1917. Of such chronology is Canadian art history made.

Harris, always the leader – perhaps because, as an heir to the Massey-Harris fortune he was independently wealthy – leads things off with a handful of his always delightful early Toronto streetscapes, the giant abstracted mountain forms from the height of his career, and only a pair of his fussy forays into pure abstraction later in life. From there, MacDonald and Jackson’s ever lively oil sketches from Algoma, Georgian Bay and the Rockies lead to Lismer and Casson’s landscapes, with significant detours for Varley and Holgate’s figures and portraits, Johnston’s more realist approach to nature and a mere handful of works by Fitzgerald. 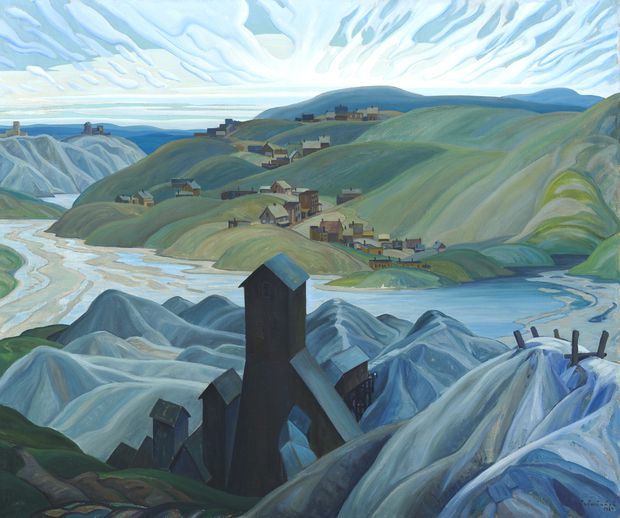 The show finishes with Franklin Carmichael’s classic views of rocks and trees. They include his striking Northern Silver Mine from 1930, a tough-minded painting that takes a wide and high perspective over the pit, its sheds looming darkly, and the little town behind it. It acts as a rare acknowledgement that the landscapes the Group made famous were more complicated than either the artists or their viewers might want to believe.

“A Like Vision” – the line is from Harris’ introduction to the Group’s first exhibition in May, 1920 – is kicking off the centenary with what is, in effect, a comprehensive primer. It should expand our grade-school stereotypes of the painters’ work, but a consideration of whether, in 2020, we need to re-evaluate these Canadian heroes and their relationship to their nation will have to wait for the year ahead. The McMichael, for example, is mounting a show in June devoted to female contemporaries of the all-male Group: Its title is Uninvited. 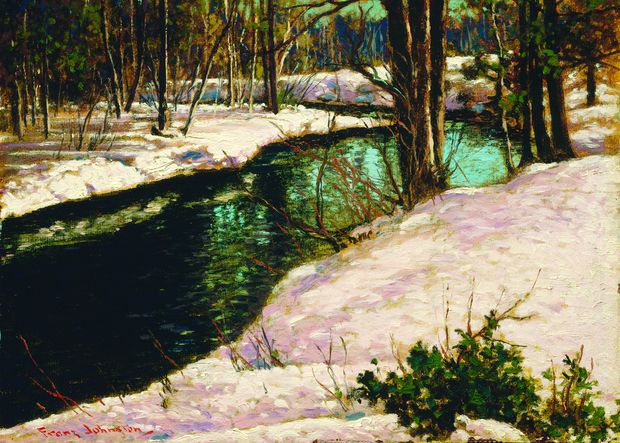 “A Like Vision:” The Group of Seven at 100 continues at the McMichael Canadian Art Collection in Kleinburg, Ont. through spring 2021.