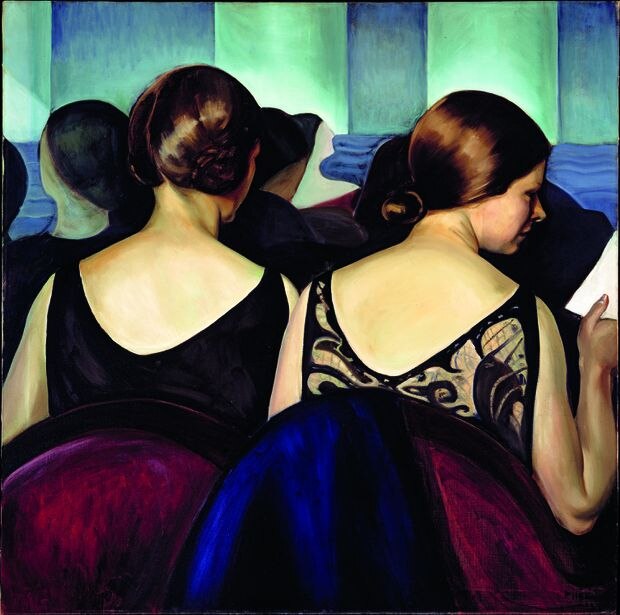 Imagine organizing a survey of Canada’s professional artistic activity from the 1920s and 1930s. You would have to include not only the Group of Seven, but all sorts of other landscape painters, society portraitists, sculptors and photographers, artistic movements from Montreal, Toronto and the West. The list would surely grow so long and so stylistically diverse you would be unable to corral the herd into any kind of reasonable curatorial pen.

Unless, of course, you stipulated that you were only featuring female artists. That is, more or less, the premise of a wide-ranging survey at the McMichael Canadian Art Collection in Kleinburg, Ont., featuring the Group’s female contemporaries. Uninvited: Canadian Women Artists in the Modern Moment is the painstaking work of curator Sarah Milroy and was originally intended as a counterweight to the hoopla surrounding the Group’s centenary in 2020. Then, hoopla met pandemic and the exhibition was postponed.

No matter. This reckoning is already a century late, so what’s another a year? The 31 artists included, most of whom will be unknown to the gallery-going public, lived in an era where Canadian women were experiencing emancipation after female suffrage arrived in 1918. Yet, despite new educational and economic opportunities, the artists’ ability to establish professional careers was severely limited. (To this day, art created by women sells at auction for a fraction of the prices achieved by men.) Several members of the Group of Seven were supportive of female colleagues – yet none were ever asked to join an organization whose members were known as rugged outdoorsmen adventuring into the Canadian wilderness.

So, admiring the simplicity of Anne Savage’s Temlaham, Upper Skeena River or her rendering of the city on a snowy day, you can only conclude that this member of Montreal’s Beaver Hall Group (which did welcome women), would be as revered today as J.E.H. MacDonald or David Milne were it not for mere sexism. On the other hand, the dynamic duo of sculptors Frances Loring and Florence Wyle are fairly well recognized in Canadian art history: If their art is not much celebrated today it is largely because their style of public sculpture, with its dramatic use of the human figure and Deco-inspired geometry, has fallen out of fashion. Meanwhile three minor canvases by Bess Harris can only serve to demonstrate that her reputation will never emerge from behind the shadow of her second husband, Lawren Harris: Being inclusive can make it difficult to be exclusionary. 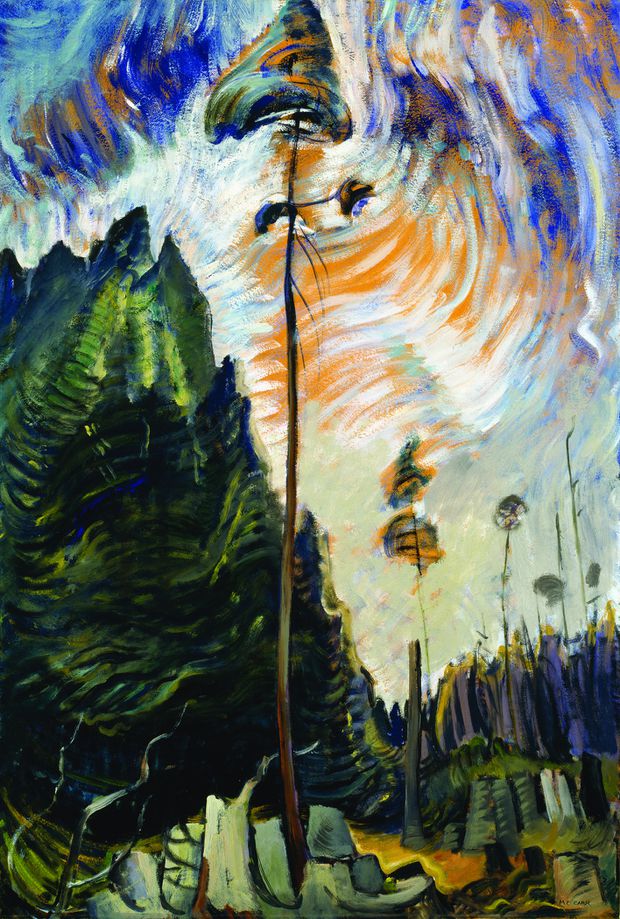 Still, this is not a contest between women and their male peers; what is interesting to consider is whether the women, less free to travel to the forests and mountains, more constrained by domestic responsibilities, painted the world any differently. In that regard, there are several other fascinating exhibitions that could be made from this one.

First, there are the surprising nudes and portraits. How recalcitrant these naked women look; how resistant these fine people in their good clothes, as though the female artists couldn’t impose on their sitters and made this tension the very subject of their art. It is surely this different relationship that produces the shocking awkwardness of Prudence Heward’s Girl Under a Tree, in which the nude’s head and gaze are twisted at an uncomfortable angle, or the brooding interiority of the well-dressed women in Suzanne Duquet’s portrait of her sisters.

Duquet, a teacher at Montreal’s École des Beaux-Artsm is barely known while Heward, one of Canada’s foremost figure painters, has not been the subject of a major solo show since 1986. Still, Heward’s nudes of Black women – do they exploit the social gap between artist and subject or acknowledge it? – remain a subject of hot debate. One of the show’s highlights is seeing three of Heward’s portraits of female duos, including the arresting At the Theatre depicting two spectators from behind, brought together in one room.

Another theme is environmentalism. Do the women take a different view of the landscape? In that regard, Isabel McLaughlin’s Tree, a gnarled trunk seen from below in extreme closeup, is the loudest “yes” because it offers a perspective looking up at nature rather than over it.

The exhibition also shows Yvonne McKague Housser debating how pleasingly formal she should make her views of the drab minehead buildings at Cobalt, Ont. Meanwhile, Emily Carr painted not only British Columbia’s lush rainforests but also the stumps that loggers left behind: The Vancouver Art Gallery has kindly lent Scorned as Timber, Beloved of the Sky, Carr’s quintessential statement about the gap between man and nature.

Carr, whose work Milroy reserves for the final room perhaps fearing she will overshadow the rest, is a crucial figure today not merely because she is the only female artist of her generation who would become a household name. Also, she acknowledged the Indigenous presence on the land she painted – unlike the Group of Seven, whose members mainly subscribed to the myth of an empty Canadian wilderness, making their art increasingly troublesome for contemporary curators. Milroy includes one of Carr’s totems here, but also a larger display of Coast Salish baskets on loan from the Royal Ontario Museum: Carr was friends with the Squamish basketmaker Sophie Frank (Sewinchelwet) and one basket made of coiled cedar roots can definitely be attributed to her, while the others are of a similar period and technique.

When it comes to settlers like Carr who were inspired by Indigenous art, Milroy has to tread delicately: That work was predicated on the idea that white artists were capturing a dying culture, and the art often exoticized its subjects. It’s puzzling that Milroy bothers to include three portraits of Nakoda people by Kathleen Daly Pepper; that artist’s better known paintings feature uncomfortably sentimental images of Inuit children and adults.

On the other hand, minutely precise watercolour illustrations of regalia and decorated clothing created by Annora Brown working in Blackfoot territory in Alberta and by Winifred Petchey Marsh working among the Inuit are evidence of respectful artistic records. Here, Milroy makes it a dialogue by including several examples of the actual objects the white artists were copying.

These encounters are among many intriguing discoveries in a large exhibition from which a multitude of themes emerge: Some of those will be aired at a companion conference organized by the Canadian Women Artists History Initiative of Concordia University at the end of the month. If Uninvited is trying to do too much, it is surely because so little has been done before. 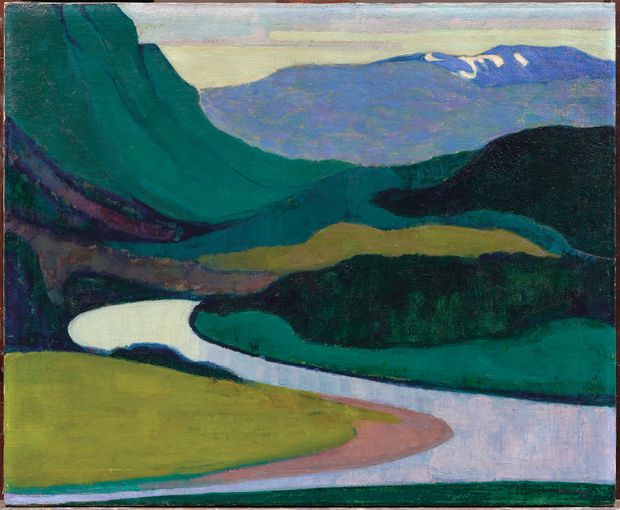