A display of works by Norval Morrisseau and the Woodland School from the McMichael’s permanent collection. 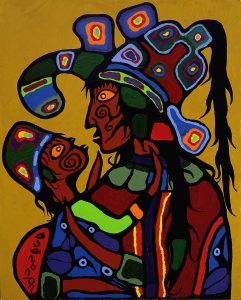 Born in the Sandy Point reservation of Northwestern Ontario, Anishinaabe artist Norval Morrisseau was raised by his grandparents in an atmosphere of intense spirituality, both Indigenous (his grandfather) and Catholic (his grandmother). Morrisseau’s innovative and highly individual style is derived from this cultural background and from his own inner spirituality, which he characterised as shamanic. His grandfather was a noted shaman, and the principle of shamanic transformation informs much of Morrisseau’s work. Morrisseau’s Ojibway name, given to him at the age of nineteen as part of a healing ceremony during a severe illness, translates as ‘Copper Thunderbird’; this is the name he signed his work with.

Morrisseau was artist-in-residence at the McMichael in 1979, and the gallery holds an important collection of his works. An influential figure, he was founder of the so-called Woodland School, which included popular artists Daphne Odjig (1919-2016) and Carl Ray (1943-1978), also represented in the display. 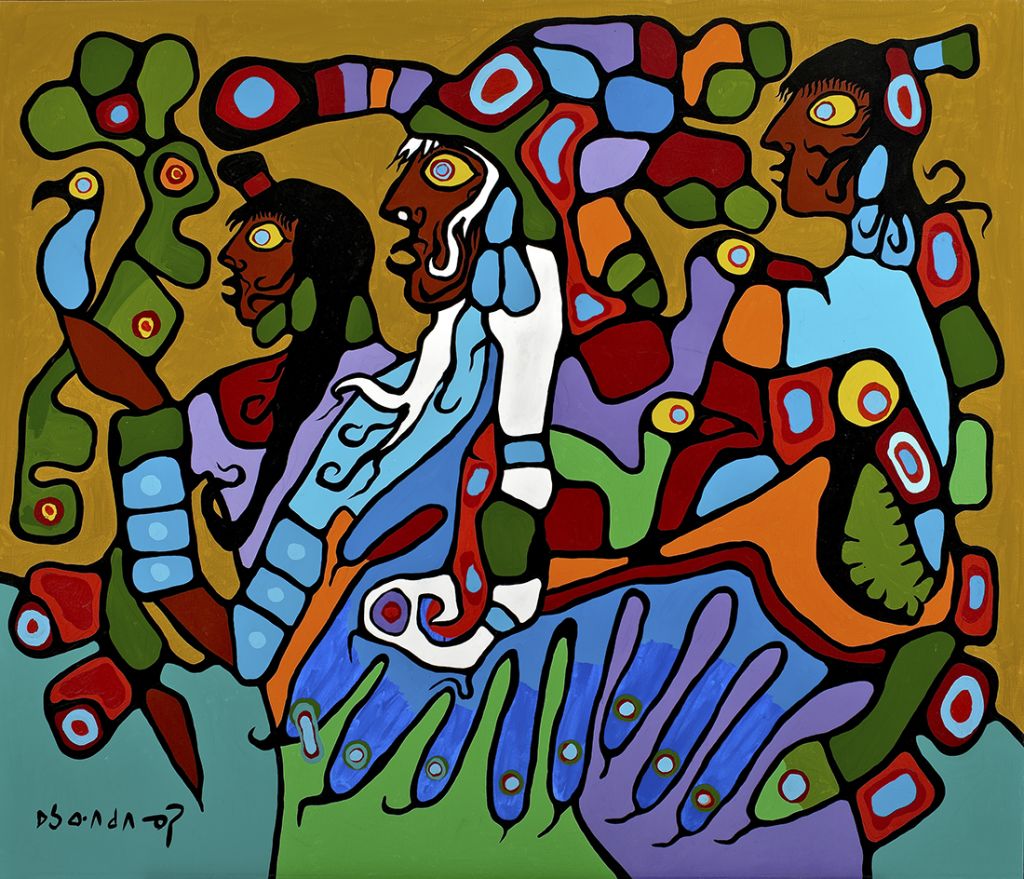