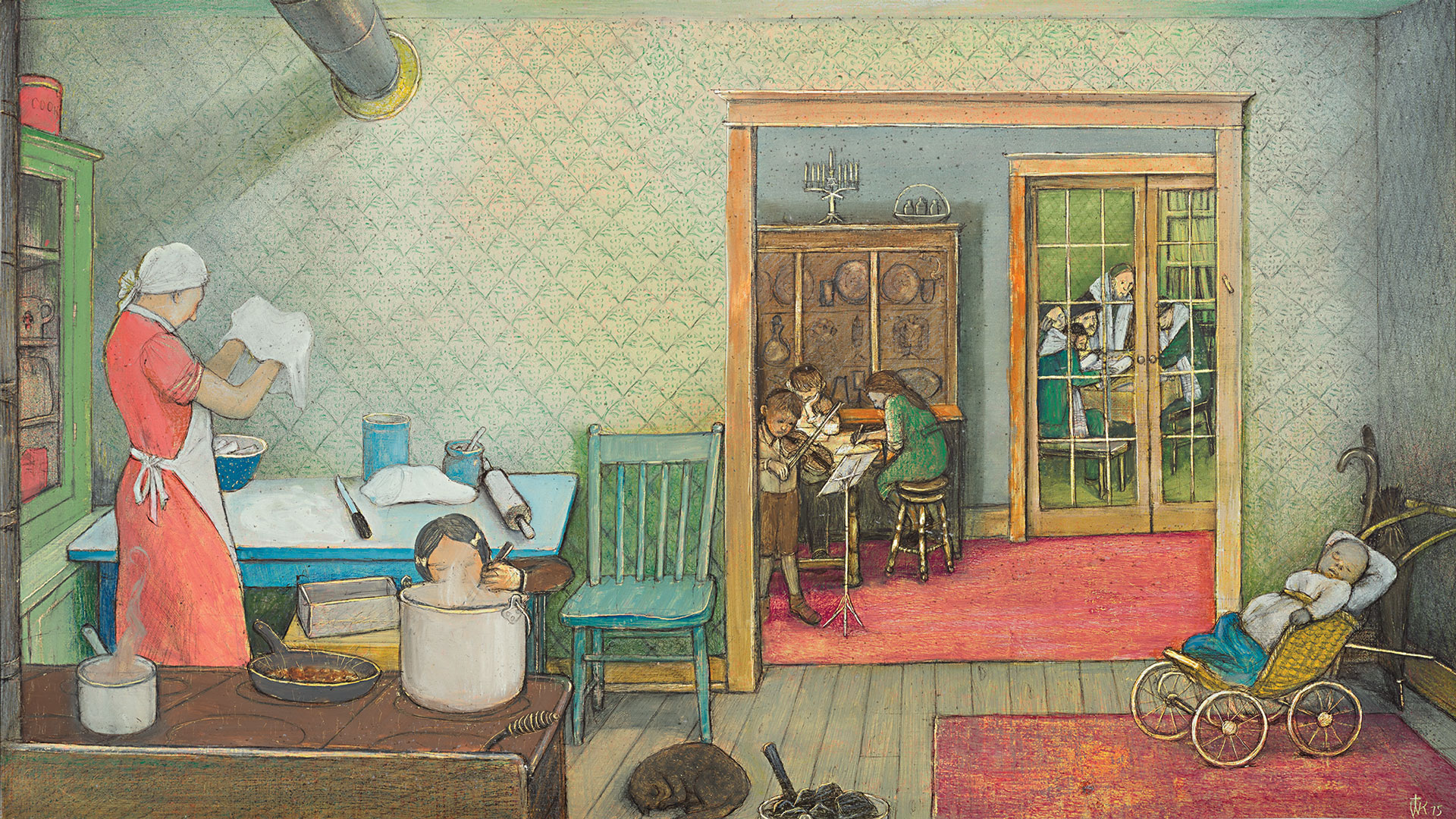 William Kurelek (1927–1977) is a beloved figure in Canadian art, a revered Ukrainian Canadian painter whose works express his deeply felt immigrant experience and his compassionate vision of humanity. Many of his richly detailed, jewel-toned works reflect memories of his hardscrabble childhood in Manitoba, others his sometimes apocalyptic ruminations on a darkening world.

His suite of paintings titled Jewish Life in Canada was made to honour his friendship with the Toronto art dealer Avrom Isaacs, who offered the artist a framing job at his gallery before discovering his employee’s remarkable creative gifts. A devout Roman Catholic, Kurelek intended Jewish Life in Canada as a gesture across the cultural divide, implicitly demonstrating his open-mindedness toward Canadians of cultural and religious backgrounds different from his own. 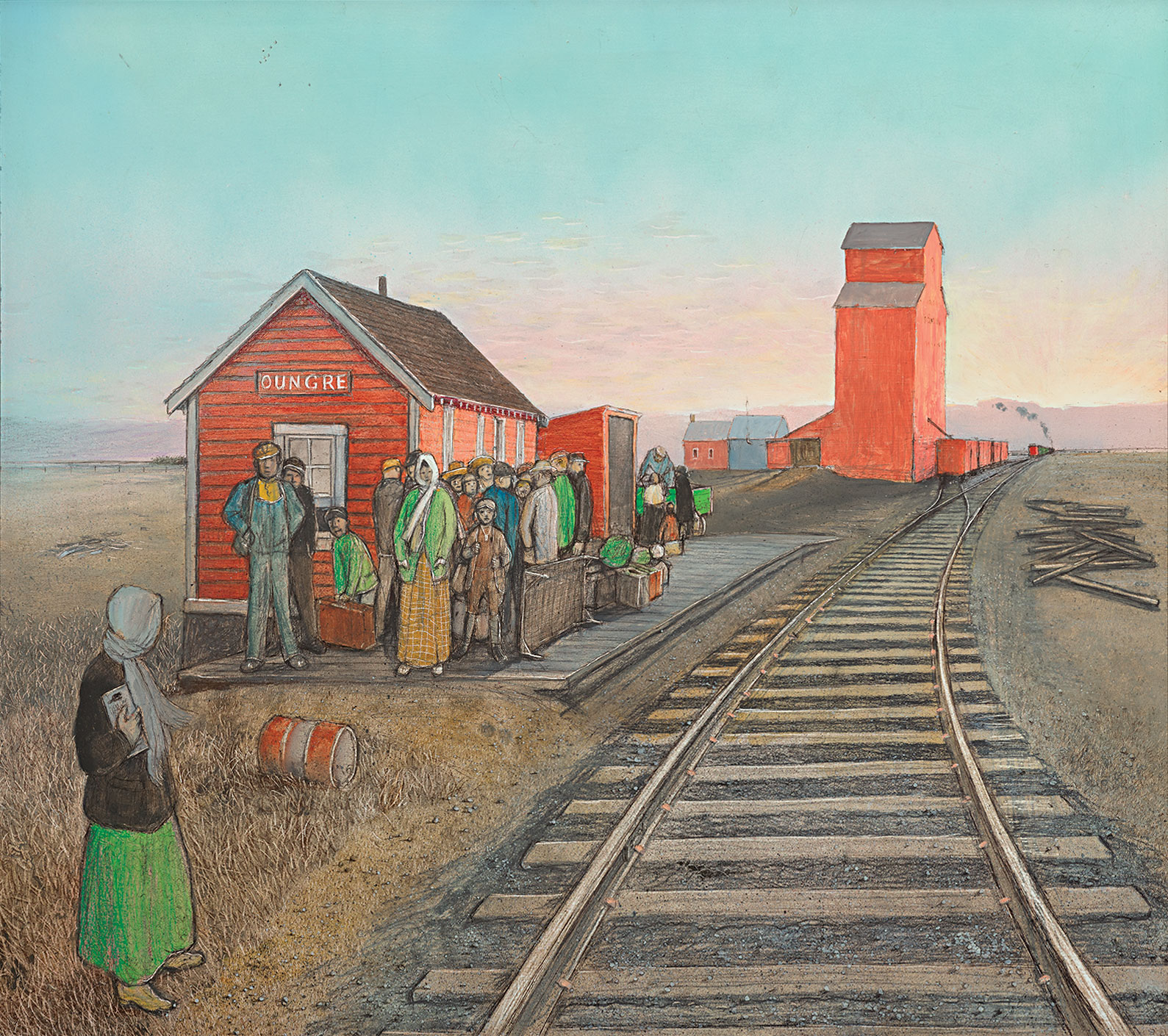 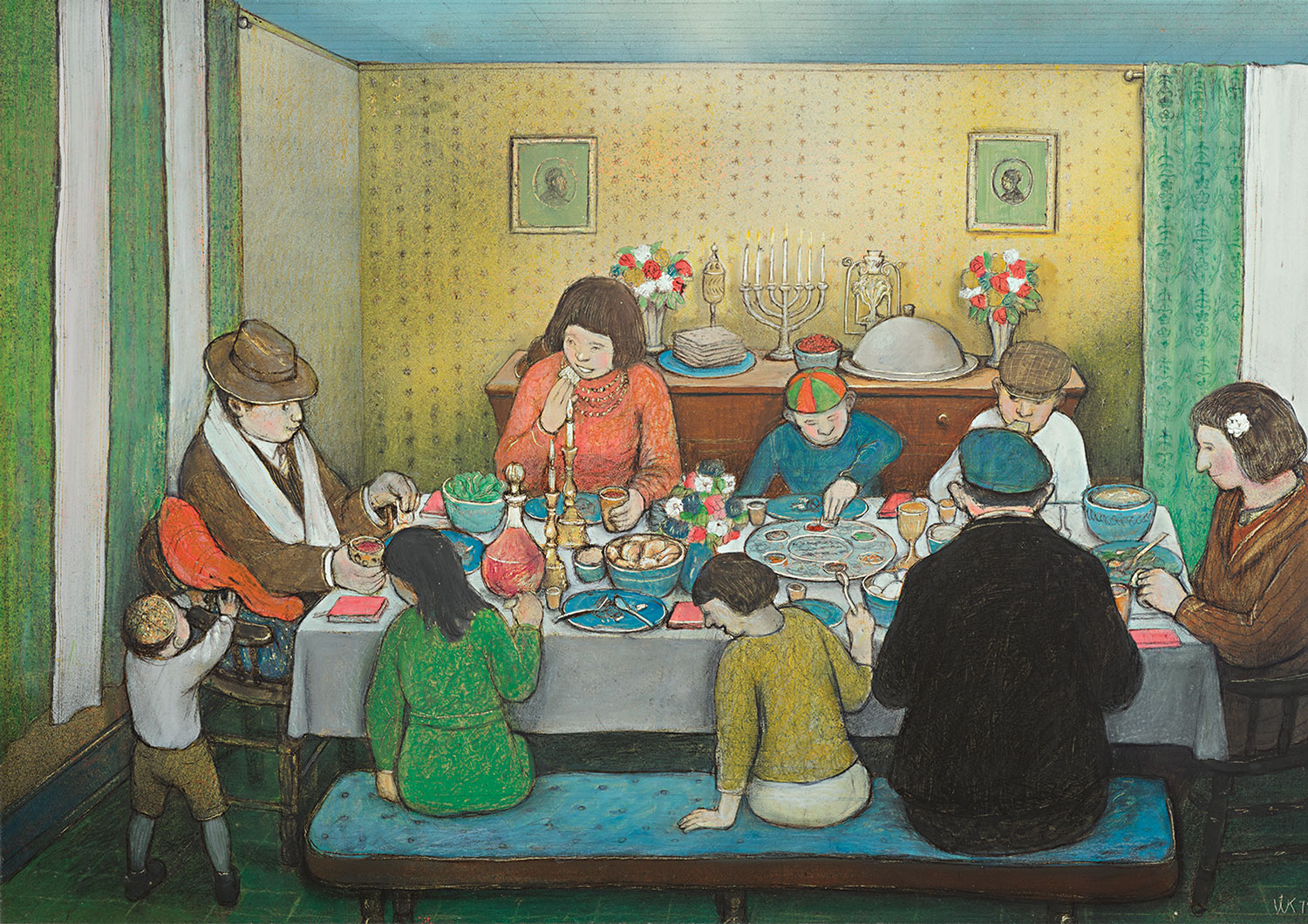 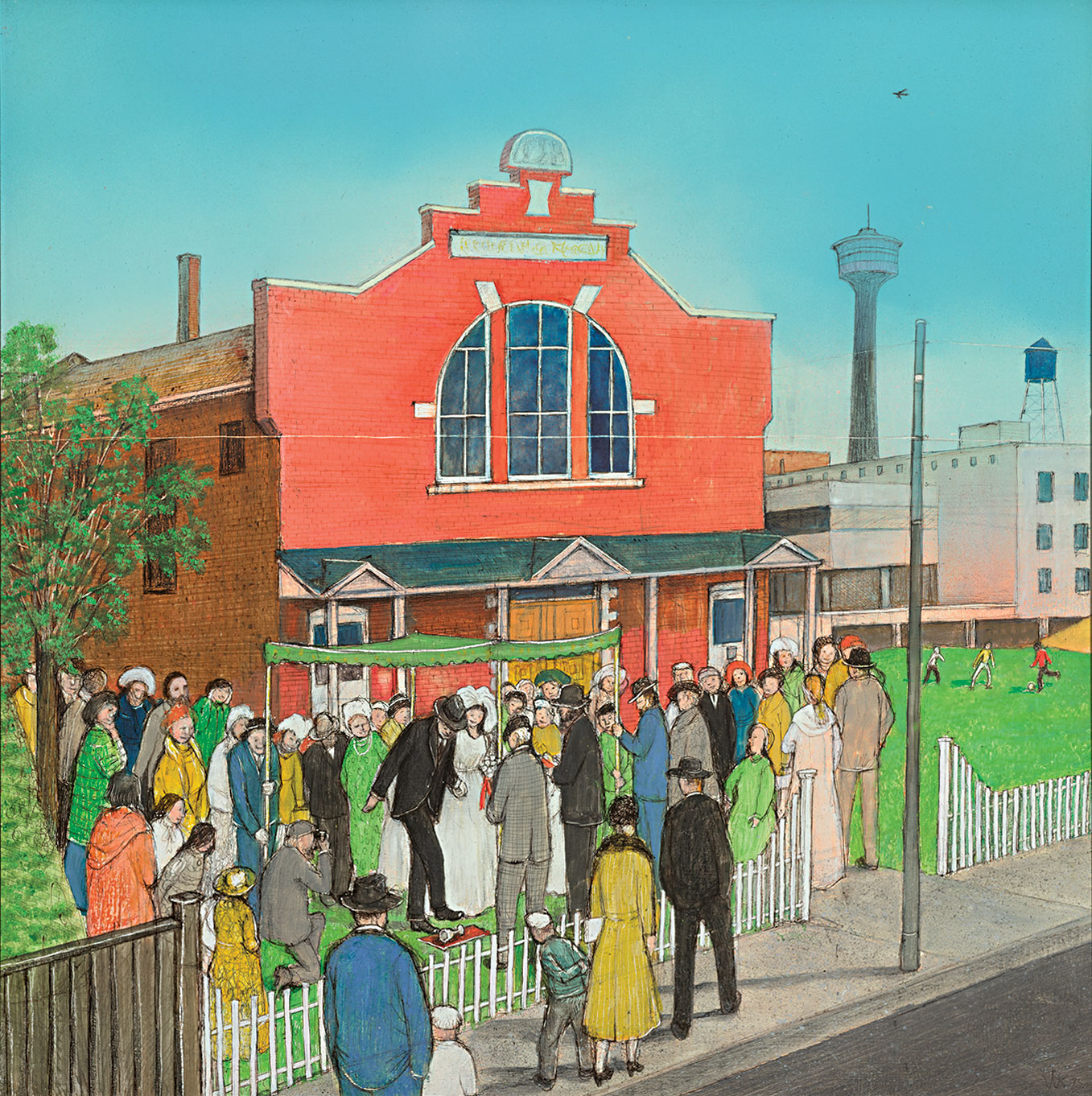 The McMichael is currently open from Thursdays to Sundays & holiday Mondays.
The grounds are open 7 days a week with paid parking available from 10 am to 5 pm daily.