The Nunavut artist Jutai Toonoo, a sculptor and portraitist who died in 2015, once said he didn’t like the term Inuit art: “I just want to be known as an artist.”

That tidbit of information is offered at the very end of Early Days: Indigenous Art at the McMichael, a survey of the Kleinburg, Ont., institution’s First Nations and Inuit collections. But Toonoo’s request could serve as a starting point for considering how a museum categorizes Indigenous art.

You could argue that calling Toonoo an Inuit artist is a bit like calling Titian a Venetian artist, placing him in a venerable geographic school. Or you might suspect that it’s an ethnographic category, distinguishing his art as something different, and therefore perhaps lesser, than art created in southern Canada.

Today, museums increasingly exhibit their Canadian and Indigenous art in installations that mix the two (and often mix historic and contemporary too). Still, in its early days, the McMichael did distinguish Indigenous from non-Indigenous: Alongside the works by the Group of Seven that constitute its most prominent displays, the museum also holds an impressive but less well-known collection of historic Northwest Coast artifacts including masks, spoons and rattles. 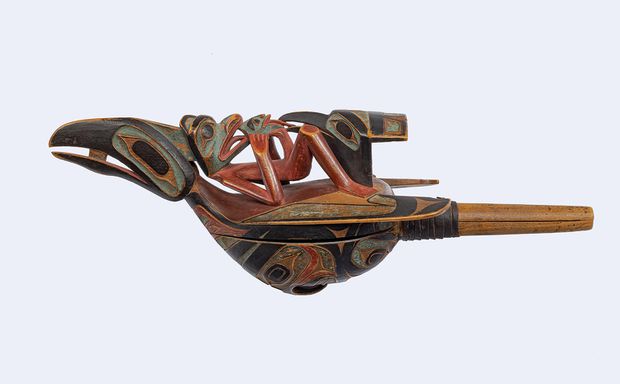 Yet even in the 19th century, the Northwest Coast carvers were not necessarily anonymous craftsmen, but also recognized artists creating both ritual objects and trade goods. The collection includes several pieces of fine argillite carving by Charles Edenshaw, one of the early Haida artists to be recognized by name, as well as a intricate raven rattle from the mid-19th century attributed to his uncle Albert Edenshaw.

Despite the potlatch ban, which forced art-making underground from 1885 to 1951, these forms have persisted: Early Days pairs the rare historical work with contemporary revivals. There, the showstopper is a trio of raven masks, two with beaks as large as a wingspan, created by the Tlowitsis artist Henry Speck Jr. in 2004-05. He uses marine gloss enamel to paint these magnificent pieces in red, green and white, but a much plainer mask from 1890 displayed nearby shares the same ability to bring wicked life to the raven’s eye.

The tradition in Northwest Coast First Nations (and in Inuit communities) of handing a skill from one generation to the next is just one thread animating contemporary Indigenous art. As curator Sarah Milroy points out in this survey, as well as historical work, the McMichael began buying art by contemporary First Nations artists early on. And, in so doing, it was recognizing figures such as Norval Morrisseau or Alex Janvier as artists full-stop, no modifier required. 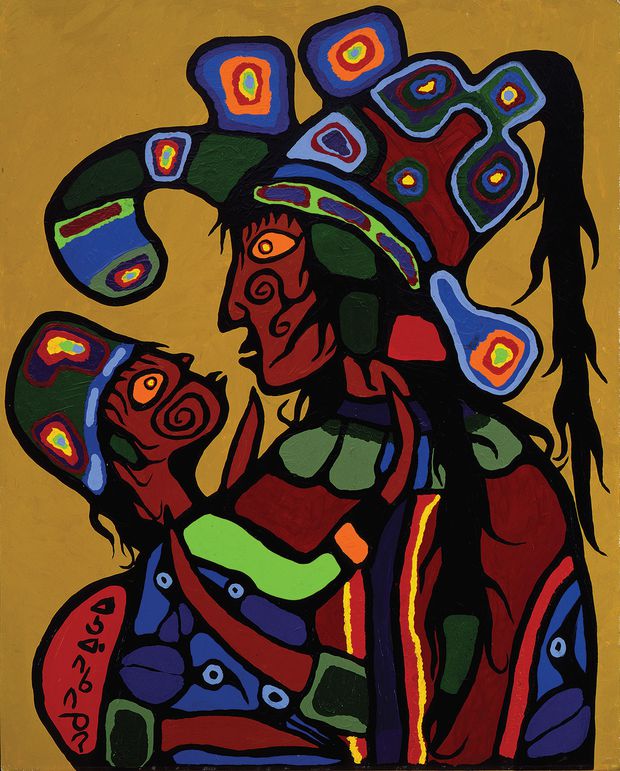 The room of this work, dating to the 1960s and 1970s, is actually one of the few dull moments in the exhibition: There is a hesitancy and flatness still as Morrisseau and his contemporaries begin to fashion a hybrid of Indigenous themes and settler media, launching the Woodland School. To recall how Morrisseau successfully invented a new iconography, visibly Indigenous, wholly contemporary and uniquely his own, you need to persist a bit further, to a room devoted to his larger works. It includes a fabulous self-portrait as a shaman alongside a depiction of his wife and child, as Morrisseau blows open both Christian iconography and the Western tradition of companion portraits of bourgeois couples.

Here you see the beginnings of what has become, in the past 20 years, the most exciting development in Canadian art: the emergence of a contemporary art practice that is both completely cognizant of international trends yet powerfully rooted in Indigenous experience, history and materials. The show includes a gigantic reproduction of a wampum belt fashioned from clay beads by Montreal artist Nadia Myre, whose medium was inspired by the clay pipes that European settlers brought to North America. Referring to the beaded belts that represent a contract between nations (a few historical examples of the real thing are displayed nearby), the piece is filled with the fraught history of contact, yet also works as an impressive modernist sculpture draped on a low plinth. Next to it is a black curtain of Tyvek housing insulation created by Caroline Monnet, again both a reference to a mournful history (and the half-built houses on reserves) as well as a powerful statement in abstract form. 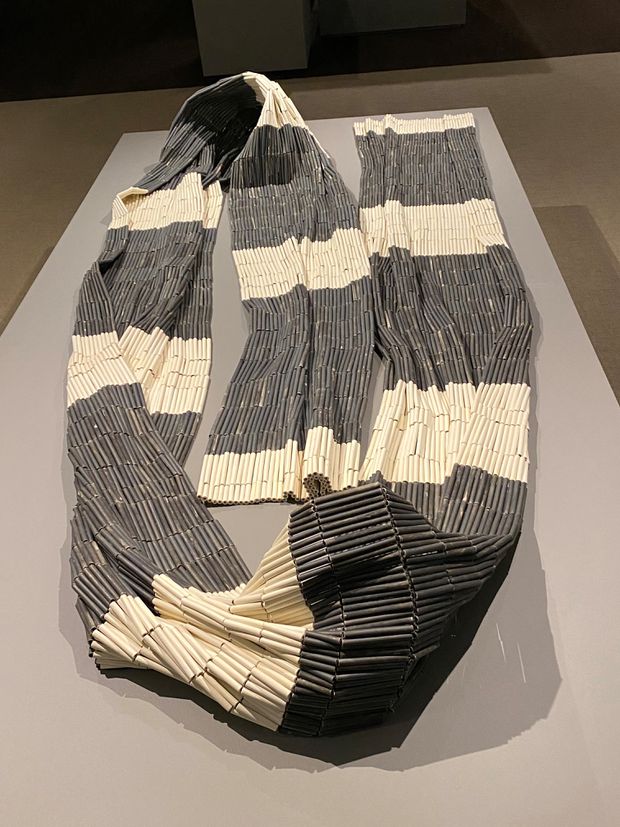 Untitled (study for country where beavers, deers, elks and such beasts keep) by Nadia Myre.

Early Days begins by juxtaposing a historic, beaded bandolier bag with a contemporary one made by Maria Hupfield with industrial felt and commercially produced powwow jingles, and it could end here, with Monnet’s black curtain.

But there’s an addendum, a large room of drawings from Kinngait (Cape Dorset), the promised gift of Toronto collectors Chris Bredt and Jamie Cameron. They will complement the McMichael’s archive of the original drawings (not included here) on which the famed Kinngait prints are based. They record the recent development of independent drawing as the Arctic community’s powerful new medium.

To Toonoo’s point, Milroy has included a large colourful octopus drawing by Shuvinai Ashoona, one of the most lauded artists in Canada. The curator writes that the octopus “is the ultimate symbol of interconnectivity. With its eight fluid arms it can reach into disparate spaces, often all at once, or change its mind and retract into a clenched ball to wait things out.” (It’s that kind of curatorial charm, using vivid language to express fresh insight, that recently won Milroy the Order of Canada.) The octopus is not an Arctic animal and Ashoona, who had seen them on television, only developed it as full-blown icon after she saw a live one at Ripley’s Aquarium on a visit to Toronto: The artist and her work seem to summarize the universality for which Toonoo wished.

And yet, the categories don’t seem hard and fast. This gallery also includes two intriguing drawings by Siassie Kenneally that offer a bird’s-eye view of holiday food, reminding the viewer that one distinctive quality of Inuit art is its provocative play with perspective. Perhaps we can speak of various Indigenous schools, yet also a contemporary international movement driven by Indigenous artists in Canada. It promises more glories to come.