Skip to content
Previous Next
It’s been a ‘bumpy ride’, but artist Rajni Perera has fully arrived

It’s been a ‘bumpy ride’, but artist Rajni Perera has fully arrived

The Globe and Mail

Original URL: It’s been a ‘bumpy ride’, but artist Rajni Perera has fully arrived – The Globe and Mail 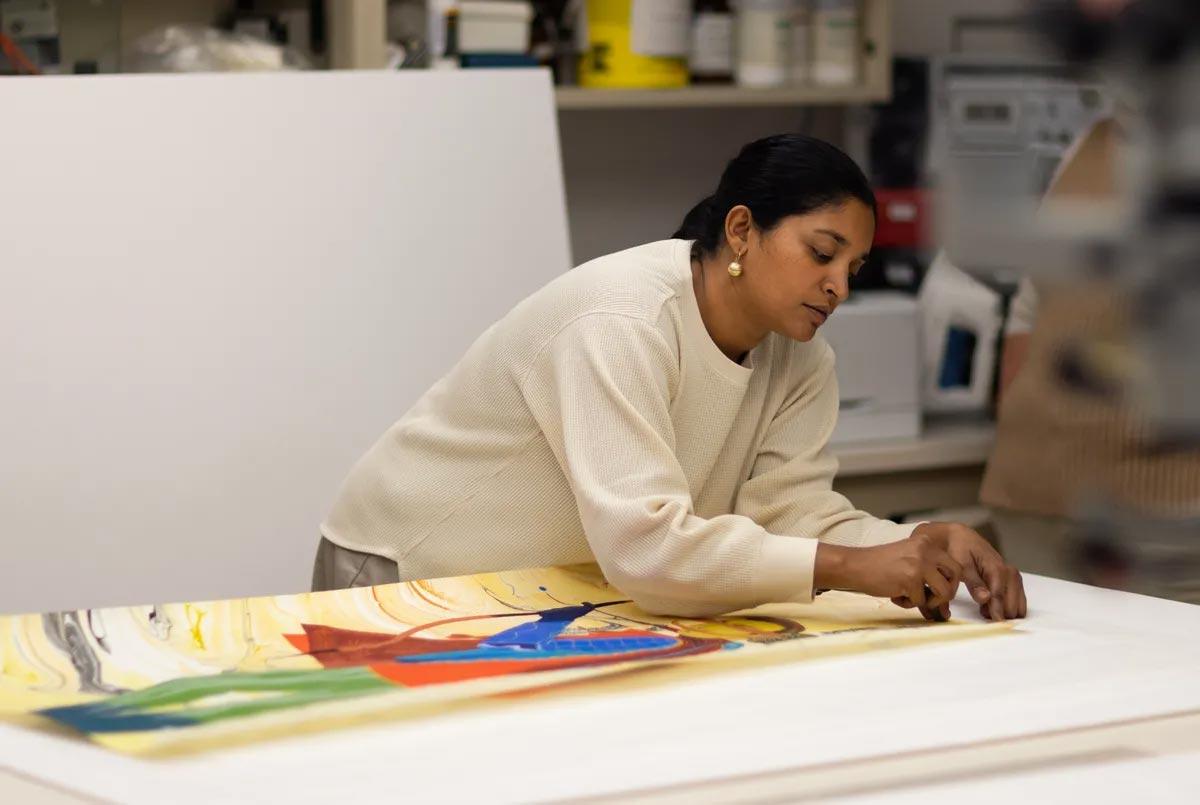 The McMichael Collection, that bastion of Canadiana in bucolic Kleinburg, Ont., is advertising its latest exhibition with an incongruous image: A strange traveller in Indian chintz and a decorative gas mask leans into a multicoloured sand storm. Hot, southern and futuristic, the Group of Seven this is not.

“It is important that I am here, that this show is here,” says Rajni Perera, the Toronto artist who painted that unexpected figure. “It takes work … to open the available narratives of what Canadian art is, who Canadian artists are.”

Encouraged to pursue her talent by her immigrant family yet feeling out of place at art school, Perera calls her early years on the Canadian cultural scene “a bumpy ride.” Today, she credits Sarah Milroy, chief curator at the McMichael Canadian Art Collection, with making room for her idiosyncratic work, mounting a small show brimming with paintings, wall-hangings and sculptures about hybridity, migration and climate change all executed in a startling multicultural, sci-fi style. 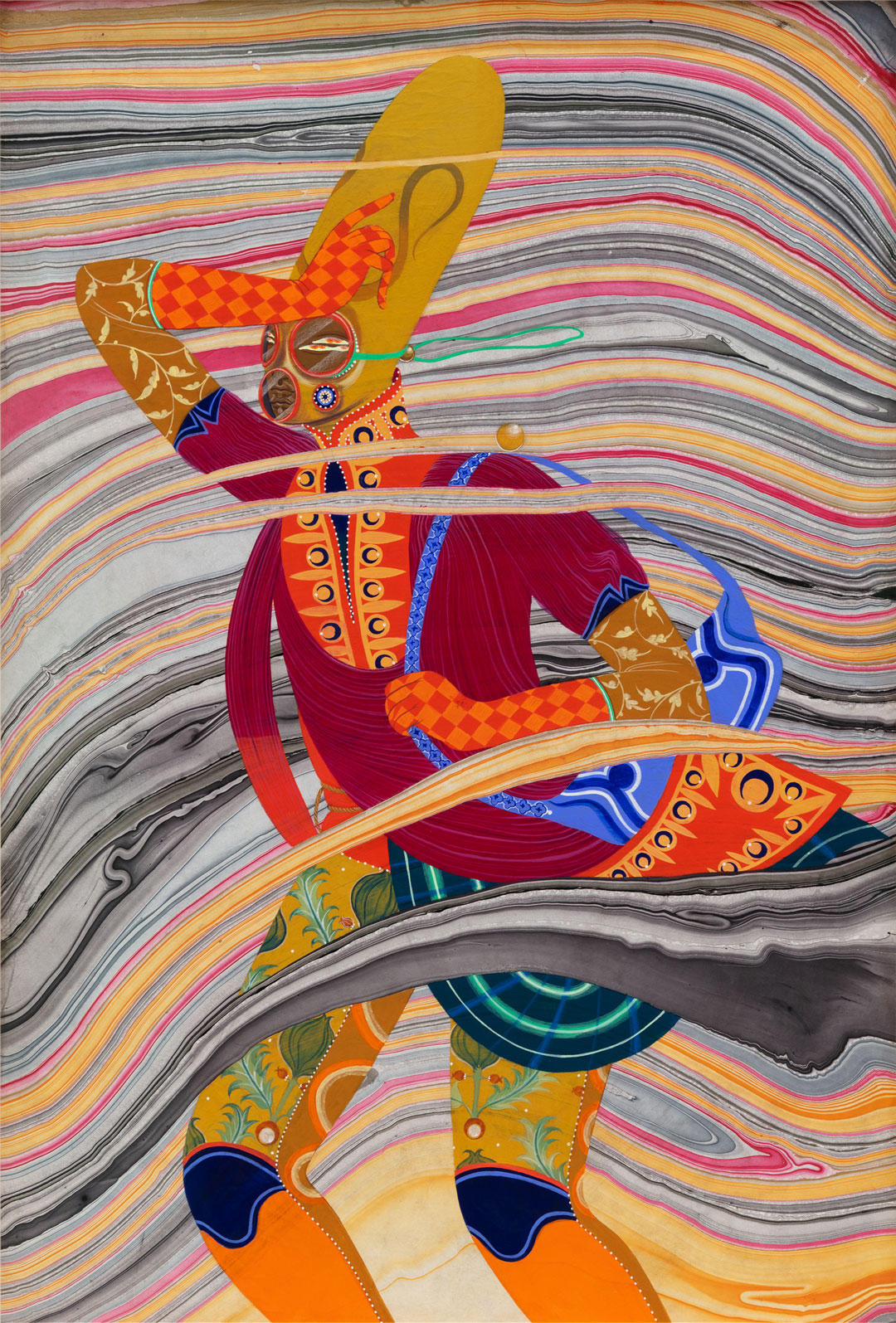 This is Perera’s first major museum show but hardly her first outing. She was the Ontario finalist for the Sobey Art Award last year, has participated in group shows since 2014 and regularly shows with her commercial dealer, the Patel Brown gallery in Toronto. Inspired by the precise line and strong colours of Indian and Persian miniatures, her futuristic paintings of brightly costumed figures with multiple eyes and paw-like hands seek to create an alternative realm in the manner of classic science fiction. Her sculptures, including that decorative gas mask rendered in three dimensions, give this fantastical world physical form.

But if these figures and their exotic paraphernalia feel whimsical, their themes are anything but. The image of the masked figure, entitled Storm, is accompanied by a similar one called Flood, in which a figure with their back turned seems to float away. Both use beautiful marbled paper to produce the effect of the blowing sand and rising waters: These heroic travellers are climate refugees.

Perera explains that as an immigrant child – she was born in Sri Lanka and arrived in Canada at age eight – she adored science fiction.

“Science fiction and immigration, they’re a mirror of one another,” she said. And yet, the young Perera felt not merely excluded but confused by Hollywood’s lily white sci-fi, thinking, “I don’t understand because me and mom and dad and my friends at school, all we’ve been doing is travel and travel and go everywhere forever. We’re more like science fiction people. I don’t understand why we’re not in the movie, we’re not in the story.” 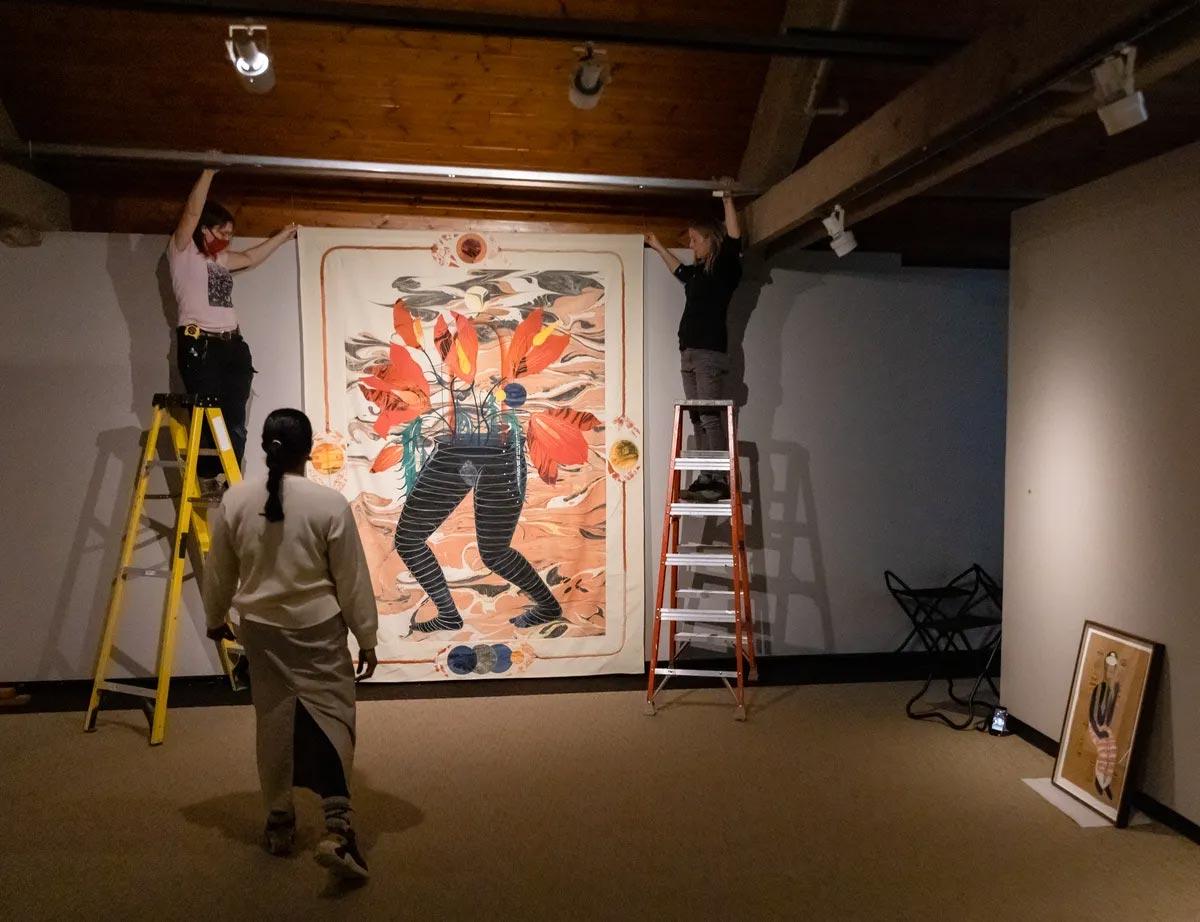 In the late 1980s, during Sri Lanka’s civil war, Perera’s family left Colombo, partly as economic immigrants and partly to escape increasing violence. They spent several years in Australia and, after a year waiting in Buffalo without documents, finally got status in Canada. They settled in North York and later Scarborough where Perera finished high school.

Perera’s parents have worked multiple jobs and suffered much economic adversity, yet they have always encouraged her artistic impulses. Both were creative at home – her father breeds birds when he has the space; her mother draws and sews – and when they, like many Sinhalese parents, read their baby’s Vedic astrological chart, they saw good reason to keep her supplied with crayons.

“I’ve been an artist for thousands of years. I’m here again to just do the same thing that I’ve always been doing. That is read in the chart.”

Perera found the Ontario College of Art and Design University less encouraging, although she took the medal for painting and drawing when she finally graduated in 2011 after six years of juggling school with a clerical job for a storage company. The curriculum was Eurocentric, stressing Western art history and oil painting. (She feels OCADU has changed in this regard but says many Ontario university art programs still lag far behind.) And she was completely bemused by conceptual art and its cool style. Where she came from, decoration was cherished, the more the merrier.

“I remember someone said [of] my painting, that it’s closer to drawing, like you draw with paint. And I was like, ‘Excuse me, I come from thousands of years’ tradition of painting in that style. … Maybe you need to look at more world history.’”

Perera’s style, with flat expanses of saturated colours, echoes the Mughal painting tradition that was at its height in the 17th and 18th centuries and, although she paints fast, her images are always impressively detailed. The marble paper she uses as her background Storm and Flood appears in spots to overlap the figures, an illusion created when she carefully stops painting their costumes in certain areas. 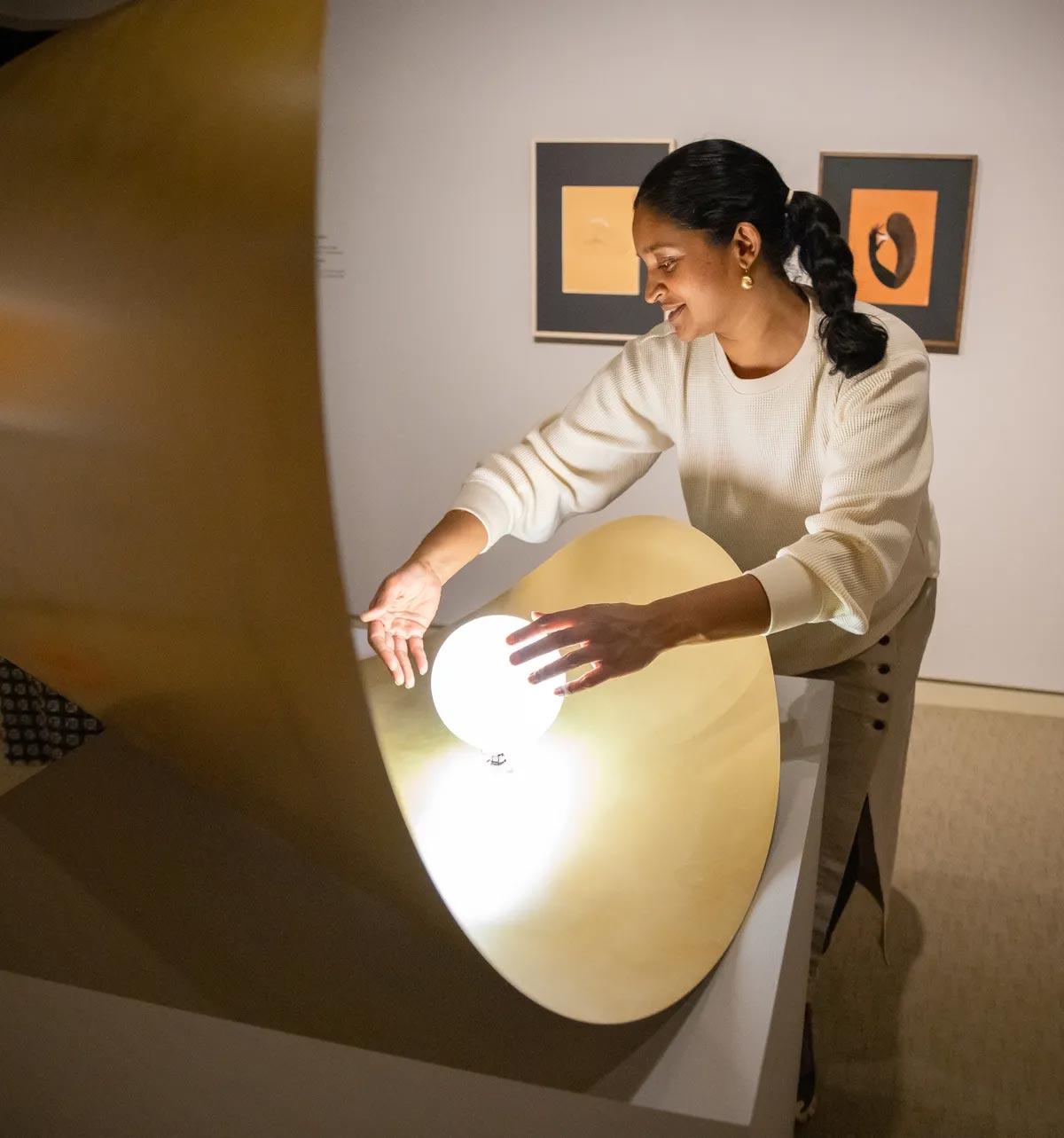 Perera installs her sculpture, Plane Bend, made of brass-plated metal, lead and frosted glass at the McMichael Gallery. MELISSA TAIT/THE GLOBE AND MAIL

Yet she is also engrossed in contemporary pop culture: She was heavily influenced by the Manga comic books she loved as a teen with their precise illustrations, and she continues to experiment with commercial media. She detests the mess and slowness of oil paint and uses acrylic gouaches, which dry fast and hard. Creating a fantastical world on paper, she became so intrigued by its possibilities, she began making models of her characters’ regalia – rings, headdresses, nail coverings – using polymer clay from a hobby shop. More recently, she has ventured into speculative taxidermy to create a fantastical horse for an installation of an equestrian figure moving through a landscape of fungi at Eastside Projects gallery in the British city of Birmingham. The horse was made by applying Ikea cow hair rugs to a modified taxidermist’s form.

Meanwhile, back in Kleinburg, she is also showing some semi-abstract work, drawings and sculptural forms that only hint at the curious vessels and hoops that appear in her figurative work.

Perera still reads science fiction, when she gets the time, and thinks everybody should.

“It’s this really beautiful, artistic, imaginative way of talking about the past and the present and the future. Science fiction has given me ways to look at the world, ways to think about it, how it could be better, why it could get worse.”

Whatever the planet throws at them, her resilient travellers will move forward and, for Perera herself, the bumpy journey is smoother now. Next year, she plans to buy her parents a house.