Skip to content
Previous Next
Need a little beauty in your life? Visit a Canadian museum or art gallery. Here’s how.

Need a little beauty in your life? Visit a Canadian museum or art gallery. Here’s how.

Need a little beauty in your life? Visit a Canadian museum or art gallery. Here’s how. 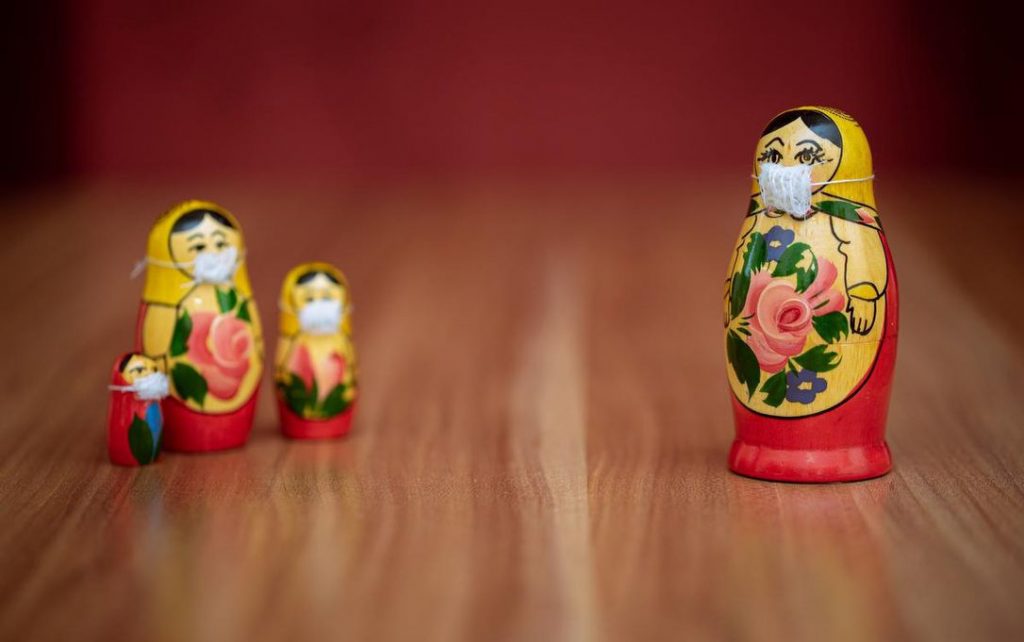 In a 2015 TED Talk, Chicago artist Theaster Gates suggested that encounters with beauty are a basic human need. As we physically isolate at home, worrying about pretty much everything, it’s more important than ever to take a minute to seek out beauty, whether it be through a painting, a photo or song.

Although clicks and swipes will never replace standing close (but not too close) to an artwork that takes your breath away, Canada’s museums and galleries are working hard to bring the cultural experiences directly to your screen. Here are just a few highlights — and a couple of surprises — from sites across the country.

Consider virtualmuseum.ca a free pass to 1,600 museums and other cultural institutions. Take the kids on a virtual scavenger hunt of the St. Lawrence River. Role-play as curator and create your own exhibition from the McMichael Canadian Art Collection’s 4,000 works by Kinngait (Cape Dorset) artists. Gain a new appreciation of the pop-up toaster and other everyday objects through the Stewart Program for Modern Design. There are many ways to navigate the site; search by topic or pick random obscurities for fun like the Secrets of Radar Museum in London, Ont.

North America’s only Islamic art museum has opened its virtual doors with 3D tours of the stunning architectural site. The Aga Khan is engaging on all platforms: through its collections, video performances from international artists and storytellers, and an eclectic Spotify playlist, “Don’t Ask Me Where I’m From MixTape.”

Greek artist and photographer Olga Stefatou shares the process behind her new show, “Chrysalis.” The exhibition features portraits of 11 migrant women posed in golden costumes fashioned out of the metallic emergency blankets used in refugee camps. Enter the #museumwithoutwalls portal at agakhanmuseum.org.

A big disappointment is the cancellation of this year’s Contact Photography Festival, which usually takes place throughout May, uniting dozens of venues across the city in celebration of the visual form. While one of the pleasures of spring is a walk through Toronto with the Contact catalogue in hand, kudos to the organizers for pulling information about the exhibitions online at scotiabankcontactphoto.com.

Many of the shows are postponed indefinitely until all is safe again, including Swiss artists Taiyo Onorato and Nico Krebs’ Metro Hall public installation, “Future Perfect,” which “reflects on radically changing perceptions of the future.”

Now is the time to dig deep into the AGO’s permanent collection and immerse yourself in its many holdings. Instead of the usual museum glance and go, the AGO is offering a guide to a slower approach, starting with “Interior with Four Etchings” by Vilhelm Hammershøi. They recommend picking five more works and spending 10 minutes on each just quietly observing details.

All this and more at ago.ca.

The Museum of Canadian Music

Audiophiles will be entertained for a while thanks to this private museum and its collection of more than 90,000 albums (many for purchase through record dealers), photos, posters and liner notes covering 100 years of Canadian recording history. Sort through playlists divided by regions and decades or discover a new favourite in rarities and oddities.

A personal highlight is a rare 1978 album by The Happy Dolls, an all-women Korean band who recorded in Nova Scotia that features disco anthems, a five-minute drum solo and a growling cover of “Hello Dolly!” Put on your headphones and check out citizenfreak.com.

The Textile Museum of Canada

This gem of a museum, which turns 45 this year, postponed its show of textile artist Anna Torma’s large-scale hand embroideries. Sample her work and its wild pastiche of colours and cultural references online at textilemuseum.ca and on Torma’s site, annatorma.com.

Wednesdays are maker days, with textile artists showing off their wares on the TMC’s Instagram stories and Facebook page. Watch for seminars for DIY crafters. In the meantime, build your own digital collection out of the TMC’s vast holdings featuring more than 15,000 objects — including war rugs, tea cozies and ceremonial cloths — from over 200 regions around the world.

More than 35,000 Jewish refugees settled in Canada after the Holocaust. This Montreal museum (museeholocauste.ca) has painstakingly collected 20 personal stories from across the country, supported by video testimonials, photos, maps and a downloadable app. Be an armchair traveller and visit the City of Saints through a one-hour historical audio tour recalling the experiences of those who lived in the “St. Urbain Ghetto,” the Mile End neighbourhood captured so vividly by novelist Mordecai Richler.

The Canadian Museum for Human Rights

This Winnipeg institution is only six years old in its mission to use storytelling to explore the diverse world of human rights. History nerds can download an augmented-reality app to learn more about the importance of the 1982 Proclamation of the Constitution Act and how it strengthened Canadian human rights.

The museum also offers a self-guided tour app and extensive teaching resources dedicated to Indigenous rights and the Truth and Reconciliation Commission. The Spirit Panels project connected Indigenous youth with artists and elders from across the country to produce artistic statements on the meaning of human rights in their lives. Explore the resulting works through videos and photos at humanrights.ca.

The Myseum of Toronto (myseumoftoronto.com) is unique in that it has never had a physical building. It hosts pop-up exhibitions around town with a focus on underrepresented stories, events, places and people. The non-profit also offers a rich online treasure trove of distractions, such as an interactive walking tour written by John Lorinc and Tatum Taylor, co-editors of the book, “The Ward Uncovered: The Archaeology of Everyday Life,” which guides you around the downtown Toronto neighbourhood through the stories of four women.

Be sure to register for the upcoming panel discussion on April 29 that will explore the value of art and artists during a time of crisis.

Tune in to moca.ca each week to view works by artists such as Jon Rafman and Megan Rooney. Keep a tissue nearby for Mark Lewis’s “Standing Ovation on Suffern Lake Saskatchewan,” an emotional ode to Gordie Howe and the power of human connection.

Sue Carter is editor of the Quill & Quire and a freelance contributor based in Toronto. Follow her on Twitter: @flinnflon