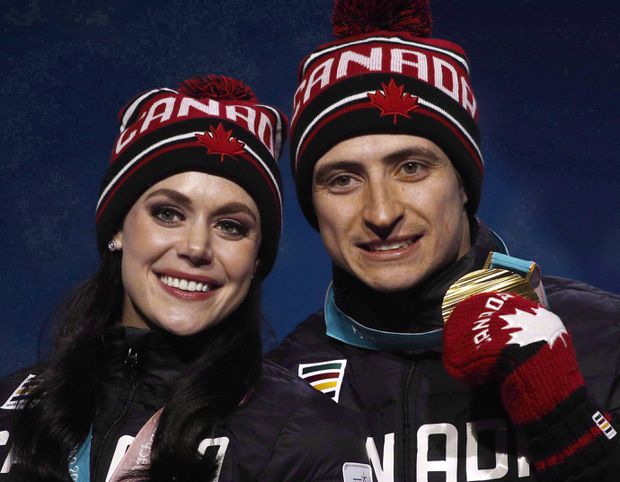 Ice dance gold medallists Tessa Virtue and Scott Moir, of Canada, pose during their medals ceremony at the 2018 Winter Olympics in Pyeongchang, South Korea, on Feb. 20, 2018.

Lawyer William (Bill) Macdonald, a nonagenarian who is one of the latest appointees to the Order of Canada, believes the most significant contributions he made to the country’s public policy came when he blocked others from getting their way.

Mr. Macdonald spent more than 55 years advising federal and provincial governments as well as business on major policy initiatives in taxation and in the resource sector. He has also written extensively on public policy and the idea of mutual accommodation in The Globe and Mail.

“I did an awful lot of work fighting bad legislation,” Mr. Macdonald said, citing competition laws and the National Energy Program as examples. “I think I did good work in stopping the worst of what they were trying to do.”

Governor-General Julie Payette on Friday made Mr. Macdonald a Member of the Order of Canada, one of the country’s highest civilian honours, alongside 113 other appointments. Mr. Macdonald credited his late wife, Molly Anne, for his achievements, which range from championing the resource sector to donating an extensive collection of 17th-century Japanese porcelain to the Gardiner Museum.

“I’m almost 93, so most of the big feelings in life, I’ve already had. But to be recognized by a country is as good as it gets,” he said. “I’m a lucky boy to get the call.”

“I have both a passion for Canadian art and a confidence in its excellence,” Ms. Milroy, a former art critic at The Globe, said. “Sometimes Canadians underestimate the sophistication and complexity and beauty of our culture and the profound nature of the stories that we have to tell.”

More than 7,000 people have been invested in the Order, which was created in 1967. The Governor-General makes appointments twice each year. Last week’s appointments also included Darcy Bear, Chief of the Whitecap Dakota First Nation in Saskatchewan, for his economic and social leadership; Harvey Andrew McCue (Waubageshig), for his leadership in education and contribution to the health and well-being of Indigenous youth in Canada; and the promotion of Thomas King, a writer, professor and the first Indigenous person to deliver a series of Massey Lectures.

COMPANIONS OF THE ORDER OF CANADA

Howard Alper of Ottawa (This is a promotion within the Order).

The Honourable Monique Bégin of Ottawa (This is a promotion within the Order).

Janette Bertrand of Montreal (This is a promotion within the Order).

Denise Filiatrault of Montreal (This is a promotion within the Order).

Tom Jackson of Calgary (This is a promotion within the Order).

Thomas King of Guelph, Ont. (This is a promotion within the Order).

OFFICERS OF THE ORDER OF CANADA

The Honourable William C. Graham of Toronto (This is a promotion within the Order).

The Honourable François Rolland of Montreal

HONORARY MEMBERS OF THE ORDER OF CANADA

Alfred E. Slinkard of Saskatoon (This is an honorary appointment)

B. Lynn Beattie of Vancouver

B. Denham Jolly of Toronto

The Honourable Joan Fraser of Montreal

This article originally appeared on theglobeandmail.com on November 20, 2020