Spending childhood summers on his grandmother’s Manitoba farm, he developed a deep love for Canada’s Prairies. After leaving school at the age of fourteen, he wrote: “I worked in a wholesale drug office and finding the job not quite satisfying I felt the first real urge to draw, so I got some drawing paper, a pencil and an eraser and started work.”

FitzGerald chose simple subjects for his paintings. Prairie scenes, his neighbour’s backyard, a potted plant… All reflect the strength of the ties to his home region. After the Group disbanded in 1932, FitzGerald became one of the founding members of the Canadian Group of Painters, a successor to the Group. 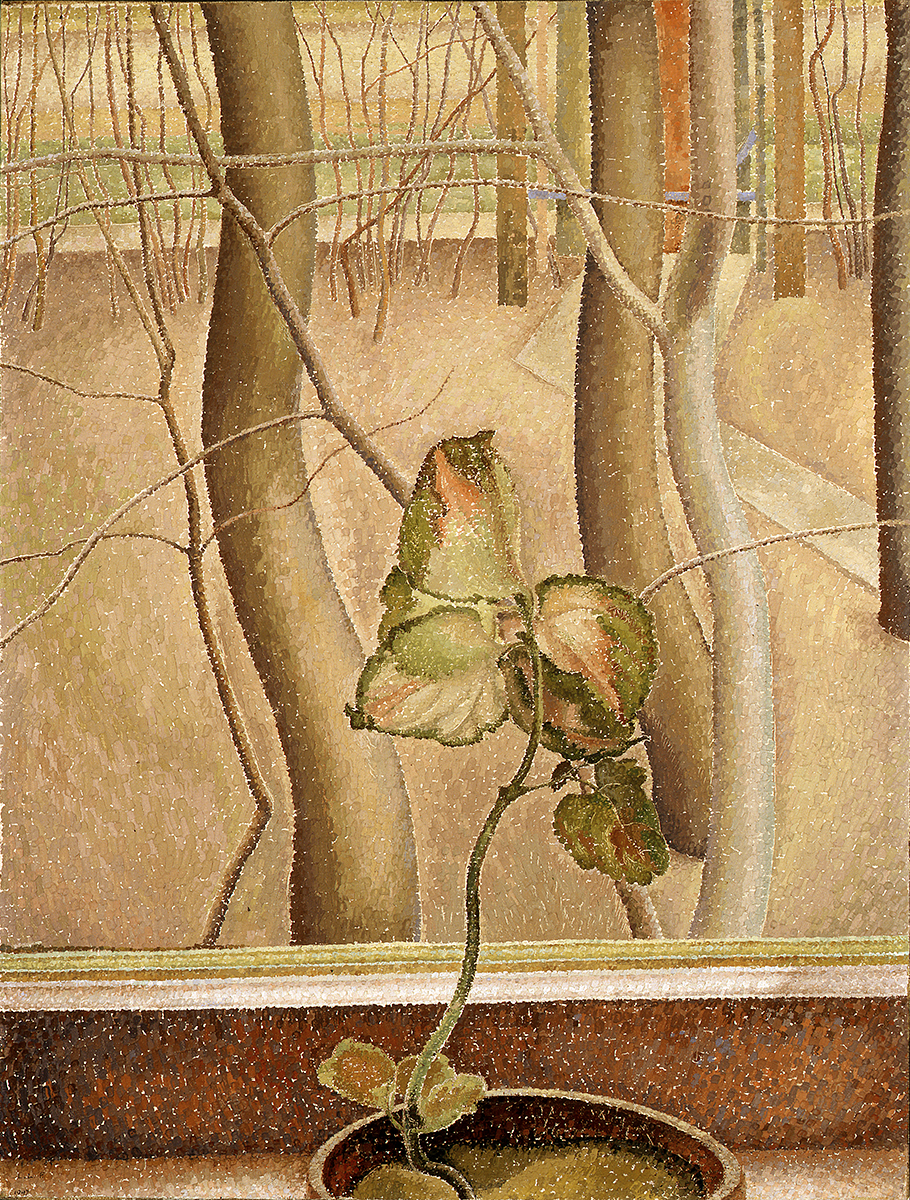