Skip to content
Previous Next
The McMichael Canadian Art Collection presents Itee Pootoogook: Hymns to the Silence and Janet Nungnik: Revelations a series of exhibitions exploring the artistic culture of the Arctic

The McMichael Canadian Art Collection presents
Itee Pootoogook: Hymns to the Silence
and Janet Nungnik: Revelations
a series of exhibitions exploring the artistic culture of the Arctic 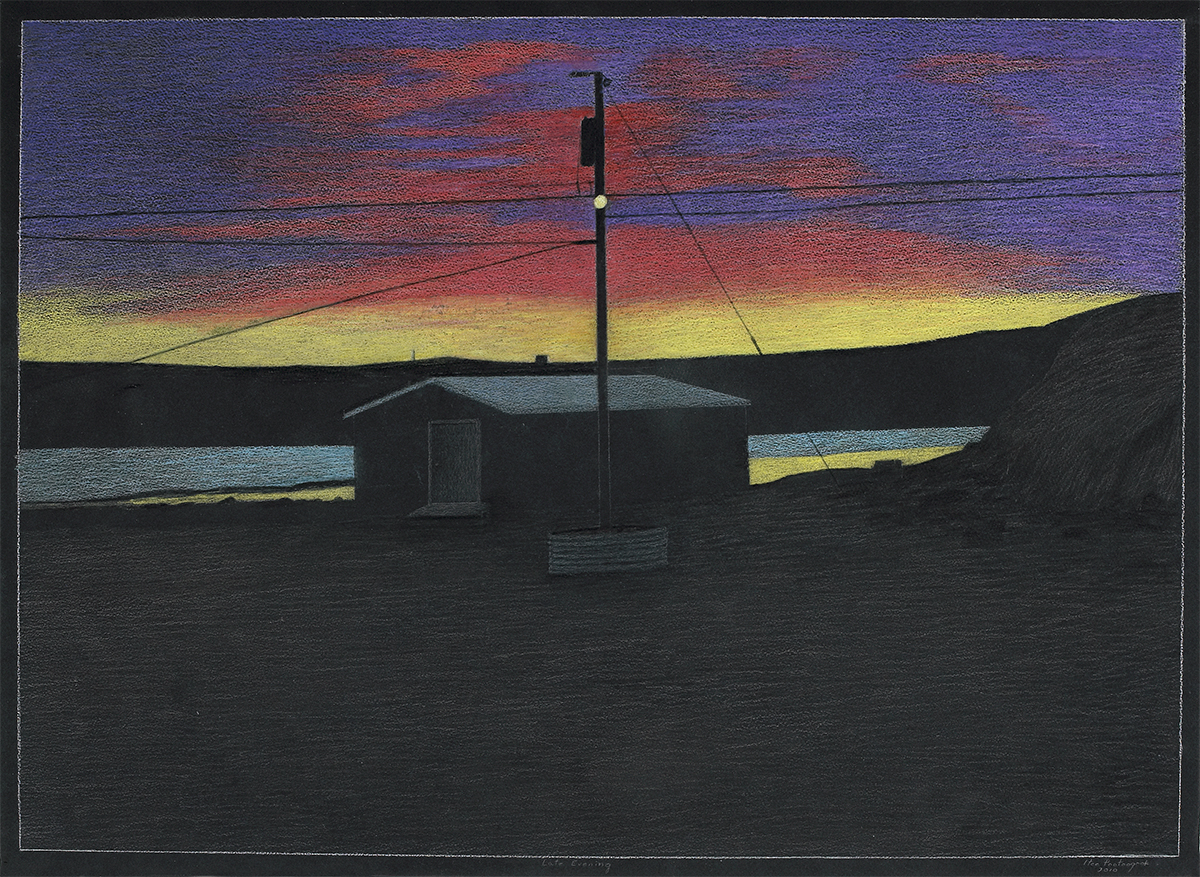 May 14, 2019, Kleinburg, ON – This summer, the McMichael Canadian Art Collection is pleased to present a series of exhibitions exploring life in the Arctic, the gallery’s geographic focus for the season. Opening on June 1, the exhibition Itee Pootoogook: Hymns to the Silence is a retrospective of more than 80 drawings by Itee Pootoogook. This will be the largest exhibition of his work to date and forms part of the McMichael’s ongoing championing of the careers of contemporary Inuit trailblazers. Hymns to the Silence will provide personal, differing perspectives on the issues that face contemporary Inuit communities and the landscape of the North today, with catalogue contributions by Dr. Nancy Campbell, Pauloosie Kowmageak, Sarah Milroy, Gerald McMaster, Adina Tarralik Duffy, Sky Glabush, Mark Igloliorte, Meeka Walsh, and Wayne Baerwaldt. This exhibition is curated by Dr. Campbell, an independent curator and writer on contemporary and Inuit art. Most recently, Dr. Campbell curated Annie Pootoogook: Cutting Ice at the McMichael in 2017.

Despite the brevity of his career, Itee Pootoogook’s work is hailed as contributing to the transformation and reimagining of the creative traditions pioneered by artists working in Cape Dorset, Nunavut. Creating his dynamic artwork from a combination of photographs, memory and a vivid imagination, Pootoogook was particularly interested in local architectural forms. His work often depicts buildings in Cape Dorset and is largely produced using graphite and coloured pencil. Pootoogook’s work features a minimum of incident yet captures the depth of seemingly mundane moments of everyday life. In addition to his gift for making architectural drawings, Pootoogook was an imaginative landscape artist, with many of his works emphasizing the vast, open horizon that separates the land from the sky, often in a boldly minimalist compositional style.

Also opening on June 8 is the exhibition Janet Nungnik: Revelations. An exhibition of textile works by Baker Lake artist Janet Nungnik, Revelations will feature works produced over the past 17 years. Nungnik’s embroidered and appliqued images tell the story of her life and that of her people, the Padlermiut and Thalmiut, small groups of inland-dwelling Inuit whose traditional territory lies to the south of Baker Lake, Nunavut. Like Itee Pootoogook, Nungnik’s work offers visitors a glimpse of life in the unforgiving, but astonishingly beautiful Canadian Arctic. Janet Nungnik: Revelations is the artist’s first solo museum exhibition.

The third in the McMichael’s trio of arctic-themed exhibitions this summer is Louie Palu: Distant Early Warning, a photographic project documenting the vestigial legacies of the Cold War and the increased military presence in the North today. Palu is an award-winning documentary photographer and filmmaker whose work has examined diverse socio-political issues for nearly three decades. The exhibition is on view from May 10 through September 2. Louie Palu’s work was supported by funding from the John Simon Guggenheim Memorial Foundation, National Geographic Magazine and Pulitzer Center. This exhibition is part of the Scotiabank CONTACT Photography Festival and is sponsored by Blake Goldring and Canada Company: Many Ways to Serve.

“Visiting an art gallery is a form of exercise for your mind and can inspire you to explore and discover the world around you in new ways,” said Michael Tibollo, Minister of Tourism, Culture and Sport. “This exhibit will give visitors the opportunity to experience the breathtaking beauty of the arctic in a unique way. I encourage everyone to plan a trip this summer to McMichael, one of Ontario’s best collections of Canadian art.”

As one of the key members of the contemporary generation of Inuit artists from Kinngait (Cape Dorset), Itee Pootoogook (1951 – 2014) contributed to the transformation and reshaping of the creative traditions successfully pioneered in the second half of the 20th century by members of the West Baffin Eskimo Cooperative, at Kinngait Studios. The son of artists Ishuhungitok and Paulassie Pootoogook, and the nephew of Kananginak Pootoogook, he began his practice in drawing, elementary animation and carving in the 1970s, becoming actively involved with the WBEC in the late 1990s.

Descended from both the Padlermiut and Ihalmiut inland peoples, Janet Nungnik (b. 1954) began her life on the land, close to nature. Her works convey her sense of joy in life in the North, recalling scenes from her own experience and stories from her people. Nungnik’s work draws from her cultural traditions and practices of her people, which played a central role in her early upbringing. She is known as an occasional poet, oftentimes crafting poetry to accompany her artwork.

Media wishing to tour the new exhibitions or request high-resolution images of the artworks may contact Sam Cheung at scheung@mcmichael.com or 905.893.1121 ext. 2210.

The McMichael Canadian Art Collection is an agency of the Government of Ontario and acknowledges the support of the Ministry of Tourism, Culture and Sport, and the McMichael Canadian Art Foundation. It is the foremost venue in the country showcasing the Group of Seven and their contemporaries. In addition to touring exhibitions, its permanent collection consists of over 6,500 artworks by Canadian artists, including paintings by the Group of Seven and their contemporaries, as well as First Nations, Métis and Inuit artists. The gallery is located on 100 acres of northern landscape and hiking trails at 10365 Islington Avenue, Kleinburg, north of Major Mackenzie Drive in the City of Vaughan. For more information: mcmichael.com.