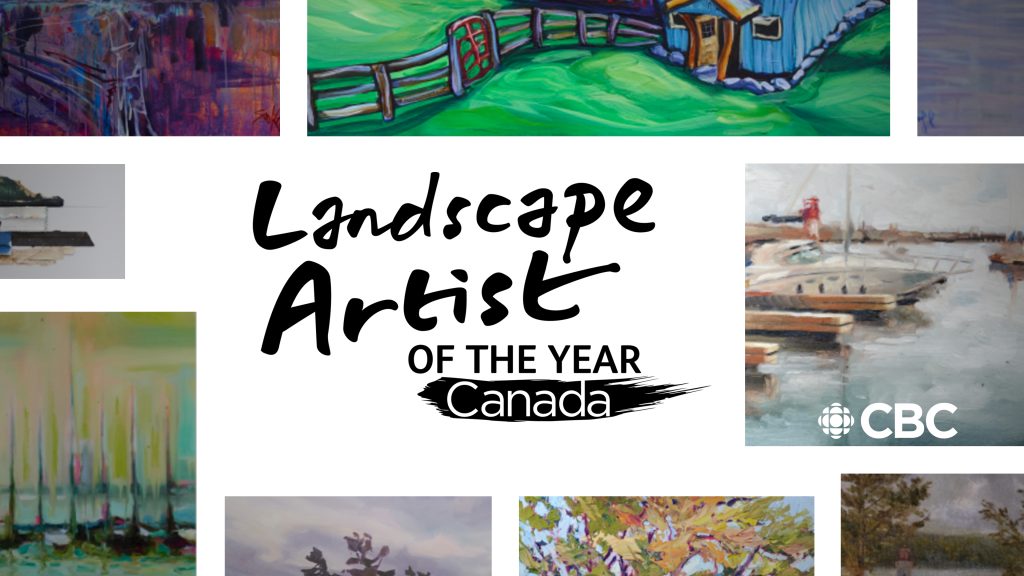 September 29, 2020, Kleinburg, ON – The McMichael Canadian Art Collection is proud to be featured in the upcoming, nationwide CBC broadcast of the four-part television series Landscape Artist of the Year Canada, premiering on CBC TV and CBC Gem Friday, October 9 at 9:00 pm (9:30 pm NT). Produced by marblemedia, the series brings together professional and amateur artists from across the country as contestants in an unscripted artistic challenge. Hosted by Canadian broadcast veteran Sook-Yin Lee, the grand prize includes the opportunity for the winner to have their artwork on view at the McMichael on a historic easel belonging to both Tom Thomson and A. Y. Jackson following the finale. Episodes also feature McMichael Executive Director Ian Dejardin discussing the history of landscape painting in Canada. The series originally made its worldwide premiere in February 2020 on Makeful, which will also be airing an encore presentation of the series. Landscape Artist of the Year Canada is modelled on the original UK format by Storyvault Films for Sky Arts, distributed by Banijay Rights.

Landscape Artist of the Year Canada on CBC also coincides with the McMichael celebration of the centenary year of the Group of Seven’s first exhibition with “A Like Vision”: The Group of Seven at 100, a landmark installation of more than 280 artworks by every member of the Group.

Landscape Artist of the Year Canada will be available weekly on CBC TV and CBC Gem. The winning artwork will be on view in the historic Founders’ Lounge at the McMichael Canadian Art Collection.

Makeful will also air an encore presentation of Landscape Artist of the Year Canada on Sundays at 7:00 pm ET/PT beginning October 11.

The McMichael Canadian Art Collection is an agency of the Government of Ontario and acknowledges the support of the Ministry of Heritage, Sport, Tourism and Culture Industries, and the McMichael Canadian Art Foundation. It is the foremost venue in the country showcasing the Group of Seven and their contemporaries. In addition to touring exhibitions, its permanent collection consists of over 6,500 artworks by Canadian artists, including paintings by the Group of Seven and their contemporaries, as well as First Nations, Métis and Inuit artists. The gallery is located on 100 acres of northern landscape and hiking trails at 10365 Islington Avenue, Kleinburg, north of Major Mackenzie Drive in the City of Vaughan. For more information, please visit mcmichael.com.

CBC/Radio-Canada is Canada’s national public broadcaster. Through our mandate to inform, enlighten and entertain, we play a central role in strengthening Canadian culture. As Canada’s trusted news source, we offer a uniquely Canadian perspective on news, current affairs and world affairs. Our distinctively homegrown entertainment programming draws audiences from across the country. Deeply rooted in communities, CBC/Radio-Canada offers diverse content in English, French and eight Indigenous languages. We also deliver content in Spanish, Arabic and Chinese, as well as both official languages, through Radio Canada International (RCI). We are leading the transformation to meet the needs of Canadians in a digital world.

marblemedia is an independent, leading global entertainment company headquartered in Toronto, Canada. It develops, produces, and distributes compelling primetime scripted, unscripted, kids and family content both for the domestic market and for a wide range of high-profile platforms and broadcasters around the world.

Founded in 2001 by co-CEOs Mark Bishop and Matt Hornburg with a vision of creativity, partnership and innovation, the company has offices in Toronto and London, with a 50-acre production facility located 90 minutes north of Toronto. Learn more at marblemedia.com