Luthier David Wren created this guitar inspired by the artist Franklin Carmichael, and Wren will be in a moderated conversation with musician Mike Francis about the creation of the guitar before a live performance, where Francis will perform. 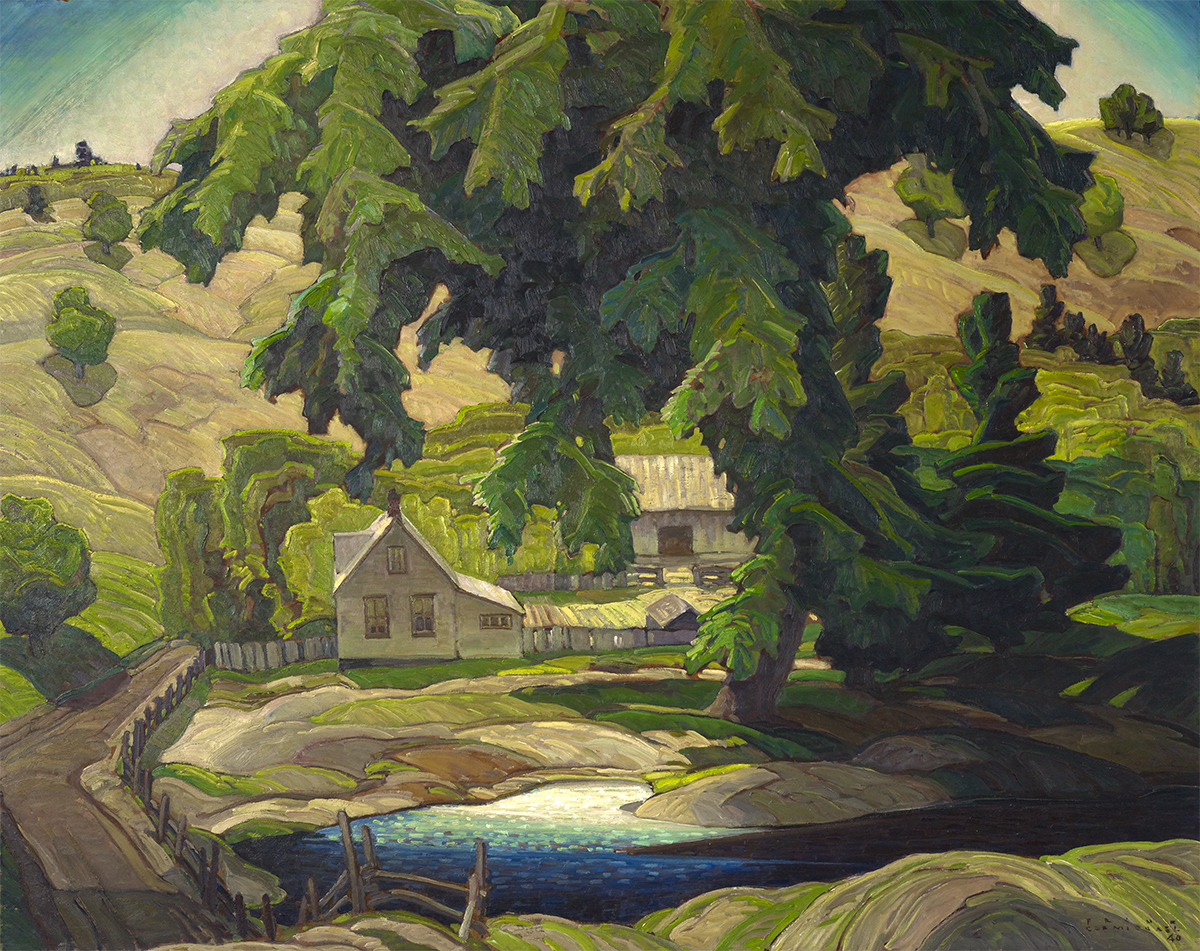 David Wren was born in 1952 and raised in Toronto. In 1974, he was accepted as an apprentice by Jean Larrivée, who many consider to be the father of Canadian guitar building. During his tenure at the Larrivée workshop, Wren worked alongside several of his now-Group of Seven Guitar Project luthiers. By 1977, he opened his own guitar-building shop.  During the seventies and eighties, David was privileged to build guitars from celebrated musicians Bruce Cockburn, Jackson Browne, and Joan Baez. In 1990, David became a partner in the Twelfth Fret Guitarists’ Pro Shop in Toronto—Canada’s premier custom guitar store—but by 2009, the call to build guitars became too loud to ignore. The last seven years have seen Wren guitars commissioned locally, nationally, and internationally by players from New York to Kuala Lumpur.

Mike Francis is considered by many to be the most recorded guitar player in Canada. He has spent over 35 years working in the Toronto recording scene on literally thousands of jingles, numerous tv shows, films, and recording projects for variety artists and producers. The various styles he plays include Blues, R+B, Funk, Jazz, Pop, Folk and Country music.  He has recorded with Alanis Morissette, Jann Arden, Enrique Iglesias, Anne Murray, Gordon Lightfoot, Nelly Furtado, Kim MItchell, Alannah Myles, Jesse Winchester, Smokey Robinson, and many others.

Moderator Kerry Crawford is musician and producer who has spent over thirty years in recording studios, working in a production capacity for advertising music, TV shows such as Second City Television, and producing records for noted Canadian artists such as Bruce Cockburn and Jane Siberry. Kerry has enjoyed working with a diverse group of musicians whose venues have ranged from the sidewalk to our finest concert halls. Being a guitarist himself, he has taken a special interest in the evolution of the instrument and is a great admirer of the remarkably talented luthiers participating in the McMichael Canadian Art Collection’s The Group of Seven Guitar Project.