Skip to content
Previous Next
McMichael Canadian Art Collection Announces Major Exhibition to Mark the Centenary of the Group of Seven, and a Complimentary Exhibition on Canadian Women Artists of the 1920s and 1930s

McMichael Canadian Art Collection Announces Major Exhibition to Mark the Centenary of the Group of Seven, and a Complimentary Exhibition on Canadian Women Artists of the 1920s and 1930s 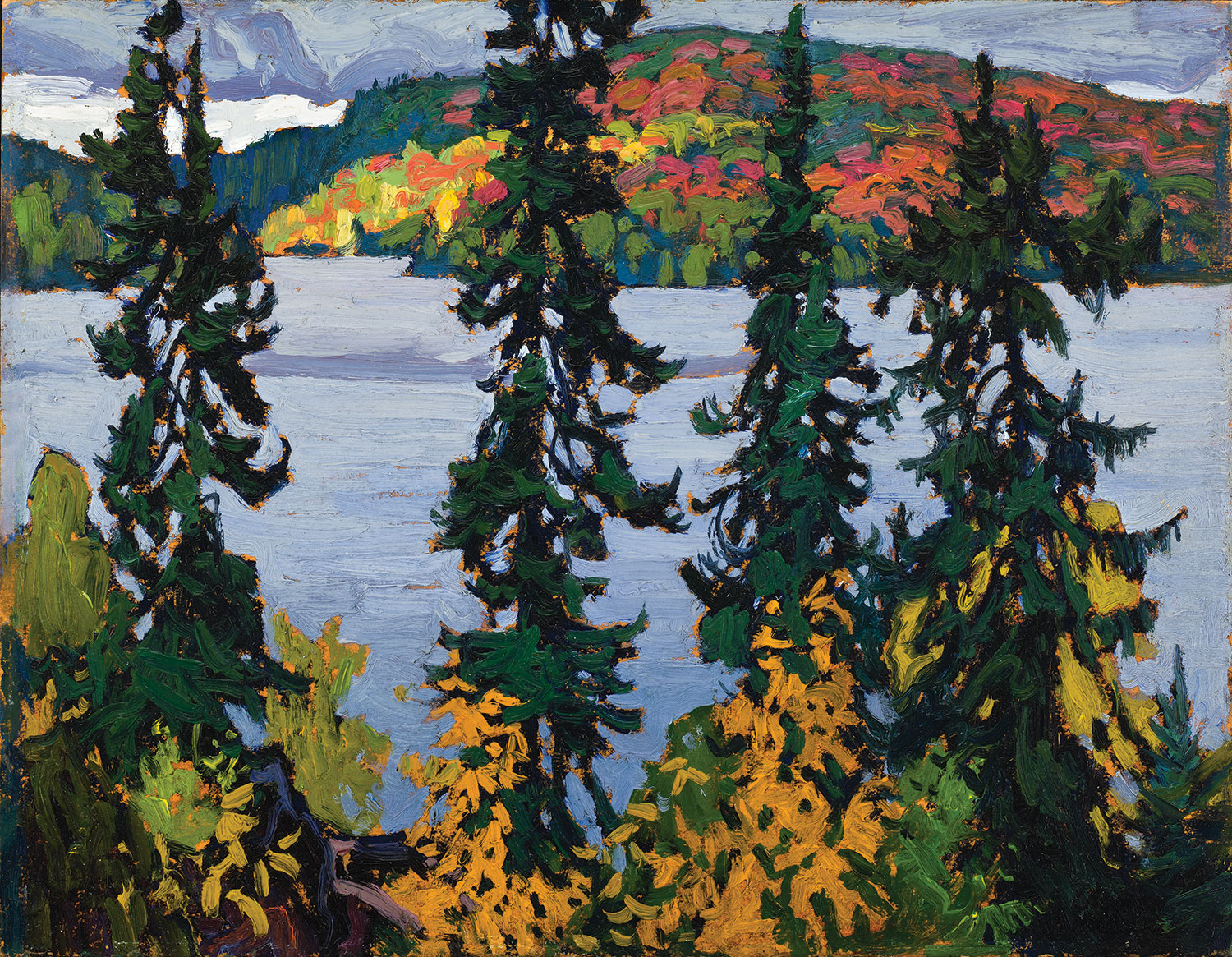 October 21, 2019, KLEINBURG, ON – On May 7, 1920, a group of artists calling themselves the Group of Seven mounted their first formal exhibition at the Art Gallery of Toronto (now the Art Gallery of Ontario). Approximately 2000 visitors passed through the doors during the exhibition’s three-week run. Of the more than 120 paintings on view, only six sold. “Seven Painters Show Some Excellent Work” read the headline in Toronto’s Daily Star newspaper, reflecting the moderate opinion of most critics. In a letter to his mother, painter A.Y. Jackson wrote that the exhibition was “attracting quite a lot of attention even if it is not understood.”

However, the seven exhibiting artists – Franklin Carmichael, Lawren Harris, A. Y. Jackson, Frank Johnston, Arthur Lismer, J.E.H. MacDonald and Frederick Varley – wouldn’t remain little-understood for long. Although forced to return to their day jobs after that first exhibition, the Group’s reputation for rugged, vibrant and alive depictions of the Canadian landscape in a distinct vernacular style grew, and their names are now enshrined in the pantheon of Canadian artists. Today the Group of Seven, later joined by members A.J. Casson, Edwin Holgate and L.L. FitzGerald, and their contemporaries Tom Thomson, David Milne and Emily Carr, are recognized as the definitive progenitors of a distinctly Canadian style of art.

In commemoration of the centenary of that first exhibition, the McMichael Canadian Art Collection will mount a landmark exhibition of the group’s finest pieces from the McMichael’s permanent collection entitled “A Like Vision”: The Group of Seven at 100 and opening January 25, 2020 and running through December 2020. The exhibition of more than 280 artworks will span five galleries and include beloved masterpieces by every member of the Group, including Jackson’s haunting First Snow, Algoma (1919/20), Carmichael’s autumnal symphony October Gold (1922), and Lawren Harris’ magisterial Mount Robson (1929). Alongside these masterworks will be lesser-known pieces by the Group including a series of humorous and impressionistic sketches by Arthur Lismer, many depicting his fellow artists, and Lawren Harris’s unassuming Montreal River (c. 1920), the first work acquired by Robert and Signe McMichael in 1955.

“The Group of Seven and their female contemporaries sought to capture Canada’s natural strength and beauty in their own way, and in doing so, gifted us with a style all our own that truly showcases all of the beauty and talent that our province and country have to offer the world,” said Lisa MacLeod, Minister of Tourism, Culture and Sport. “I encourage all Ontarians to visit the McMichael gallery and share in the celebration of these iconic artists.”

“A Like Vision”: The Group of Seven at 100 is curated by Dejardin who joined the McMichael in 2017. An internationally respected art historian and champion of Canadian art, Dejardin was lead curator for the record-breaking exhibition Painting Canada: Tom Thomson and the Group of Seven in his previous position as Director of the Dulwich Picture Gallery in London, and co-curated From the Forest to the Sea: Emily Carr in British Columbia.

Opening on June 27, 2020 Uninvited: Canadian Women Artists in the Modern Moment is a major exhibition of Canadian women artists timed to coincide with, and offer commentary on, the centenary celebration of the Group of Seven. Uninvited will gather more than 200 pieces of art by a generation of extraordinary women painters, photographers, sculptors, architects and filmmakers from a century ago — pioneers who opened new frontiers for women artists in Canada –  as well as works made by their Indigenous female contemporaries working in traditional media, for a cross-country snapshot of female creativity in this dynamic modern moment.

For the first time, the art of the famed Beaver Hall Group of painters from Montreal (among them Anne Savage and Lilias Torrance Newton) will be shown alongside the paintings of Emily Carr from British Columbia, and sculptures by Toronto artists Elizabeth Wyn Wood, Frances Loring and Florence Wyle. Uninvited will also include the contribution of women from immigrant communities in this period, such as the painters Regina Seiden and Paraskeva Clark, as well as the work of Canadian expatriates like the avant-garde photographer Margaret Watkins, who left her home in Hamilton for the US and Scotland.

The exhibition will stand as a testament to the talent and sophistication of these women, who often turned to themes that diverge from the landscape focus of the Group: urban life, portraiture, the industrial hinterland and the marginalized peoples left behind in Canada’s march to modernity.

“The art made by Canadian women in this period is second to none in quality,” says Sarah Milroy, McMichael Chief Curator and curator of the exhibition. “All of us at the McMichael are delighted to shine the spotlight at long last on this overlooked cohort of creative Canadians. This show builds on the scholarship of many curators who have been at the barricades for decades championing women’s art. With Uninvited, we will bring all of these passionate voices together.”

Uninvited: Canadian Women Artists in the Modern Moment is curated by McMichael Chief Curator Sarah Milroy. It will be accompanied by a catalogue featuring more than 30 essays by Canadian writers, artists and art historians from coast to coast.

Uninvited: Canadian Women Artists in the Modern Moment is made possible with the generous support of presenting sponsor BMO and the McMichael Women’s Art Council.

An exclusive media preview for “A Like Vision”: The Group of Seven at 100 will be held on January 24, 2020 from 10 am to 12 pm. Media wishing to attend the media preview, speak with Executive Director Ian A.C. Dejardin, Chief Curator Sarah Milroy or to request high-resolution images are requested to contact Sam Cheung at scheung@mcmichael.com or 905.893.1121 ext. 2210.

*THE ART OF CANADA is an official mark of the McMichael Canadian Art Collection.