December 3, 2020, KLEINBURG, ON – The McMichael Canadian Art Collection is delighted to announce that Chief Curator Sarah Milroy has been made a Member of the Order of Canada for “promoting Canadian art and artists through her roles as editor, publisher, critic and curator.” The appointment, Canada’s highest civilian honour, was announced on Friday by Her Excellency the Right Honourable Julie Payette, Governor General of Canada, along with 113 other remarkable Canadians.

“Ontario offers the world in one province, and the iconic McMichael Canadian Art Collection provides Ontarians with the unique ability to experience Canadian heritage and culture through art,” said Lisa MacLeod, Minister of Heritage, Sport, Tourism and Culture Industries. “I am proud to congratulate Sarah Milroy for being appointed to the Order of Canada. I would also like to thank her for her commitment to Canada’s artists, and providing the people of Ontario with the opportunity to experience our rich and diverse artistic history.”

“On behalf of the McMichael Board of Trustees, I congratulate Sarah Milroy on her hugely well-deserved appointment to the Order of Canada,” says Andy Pringle, Chair of the Board of Trustees. “While it comes as no surprise to those of us who have worked with Sarah and long admired her tremendous dedication to championing the art and artists of Canada, both at the McMichael and throughout her long career, we are delighted to see her achievements recognized in this way.” 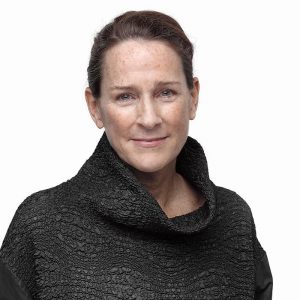 “Sarah Milroy’s appointment to the Order of Canada for her services to Canadian art comes as special delight to me, says Executive Director Ian A. C. Dejardin.” I have had the privilege of working with Sarah on a number of exhibitions over the last decade, and for the last three years she has been a valued colleague at the McMichael Canadian Art Collection. The depth of her knowledge, and the profound respect in which she is held in the field, have always struck me as truly remarkable. And that is only the last decade: as editor and publisher of Canadian Art, and then as the Globe and Mail’s respected art critic, her commitment to all forms of Canadian art, historic and contemporary, has been absolute. Canadian art has no greater champion, and no more respected advocate.”

“One of the blessings of this award has been to realize my good fortune to be embedded in such a wonderful network of friends and colleagues throughout the country,” says Milroy. “Canadian culture is extraordinarily rich and layered and deep, with the blending of so many voices and stories. I have been extremely lucky to serve these artists, both past and present, and to share their visions with wider audiences at home and abroad.”

Milroy joined the McMichael Canadian Art Collection in September 2018 as Chief Curator. Previously she was Chief Art Critic for the Globe and Mail from 2001 to 2011 and, from 1991 to 1996, editor and publisher of Canadian Art. In recent years, she has worked with Ian Dejardin on ground-breaking exhibitions of Emily Carr (From the Forest to the Sea: Emily Carr in British Columbia, 2014), David Milne (David Milne: Modern Painting, 2018) and L.L. FitzGerald (Into the Light: Lionel LeMoine FitzGerald, 2019), and has just opened her survey exhibition Early Days: Indigenous Art at the McMichael. Over the years, Milroy has also contributed to scholarly publications on Gathie Falk, Mary Pratt, Greg Curnoe, Micah Lexier and Jack Chambers and writes frequently on Inuit and Indigenous art in Canada. Her forthcoming exhibition and publication for the McMichael, Uninvited: Canadian Women Artists in the Modern Moment, is highly anticipated in summer 2021. Milroy is a Member of the Canada Committee of Human Rights Watch and a board member of the Art Canada Institute. She lives in Toronto with her husband Tom.

Media wishing to speak with Chief Curator Sarah Milroy are requested to contact Sam Cheung at scheung@mcmichael.com or 905.893.1121 ext. 2210. Media appointments by request.

The McMichael Canadian Art Collection is an agency of the Government of Ontario and acknowledges the support of the Ministry of Heritage, Sport, Tourism and Culture Industries, and the McMichael Canadian Art Foundation. It is the foremost venue in the country showcasing the Group of Seven and their contemporaries. In addition to touring exhibitions, its permanent collection consists of over 6,500 artworks by Canadian artists, including paintings by the Group of Seven and their contemporaries, as well as First Nations, Métis and Inuit artists. The gallery is located on 100 acres of northern landscape and hiking trails at 10365 Islington Avenue, Kleinburg, north of Major Mackenzie Drive in the City of Vaughan. For more information, please visit mcmichael.com.