Frank Johnston was born in Toronto, Ontario. Like many other Group members, he joined Grip Ltd. as a commercial artist. Although an original member of the Group, Johnston’s association was brief. He participated in the 1920 exhibition, but by 1921 had left Toronto to become principal at the Winnipeg School of Art in Winnipeg, Manitoba.

From an exhibitions perspective, Johnston had long wanted to go his own way – which was in keeping with his energetic, ambitious and strong-willed character. In Winnipeg, he spearheaded the largest show the city had ever seen. Johnston’s career in the post-Group years also led to work with department store art galleries. In 1927, he changed his name from Frank to “Franz.”

Over the years, a clear shift in the style of Johnston’s art is evident. His earlier works express a strong decorative interpretation of the landscape. His later pieces evoke much greater realism, revealing his strong fascination with the qualities of light. Johnston died in 1949 and is buried in the cemetery on the McMichael grounds. 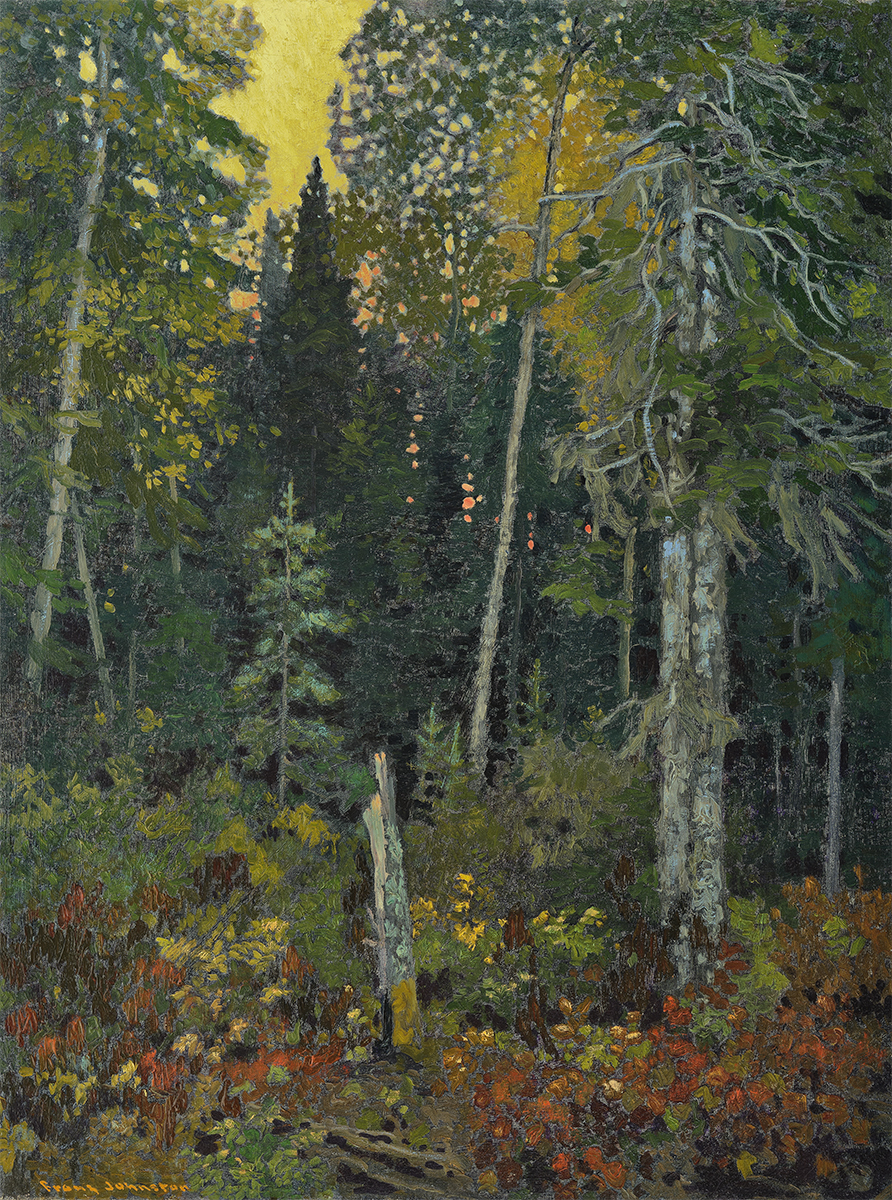