Join Don Chretien, an Ojibway artist working in a distinctive painting style inspired by natural patterns and traditional teachings of Ojibway people, for a two-day, in-person acrylic painting workshop. The artist will share his approach to painting and introduce the formal elements of Woodland-style expression. Chretien will review a number of techniques essential to any artistic practice, include perspective, color theory, patterns, texture, light, depth, and negative space. The instructor will devote special attention to foundation training on composition, colour, texture, and brushstrokes. This workshop is suitable for beginning and intermediate artists. 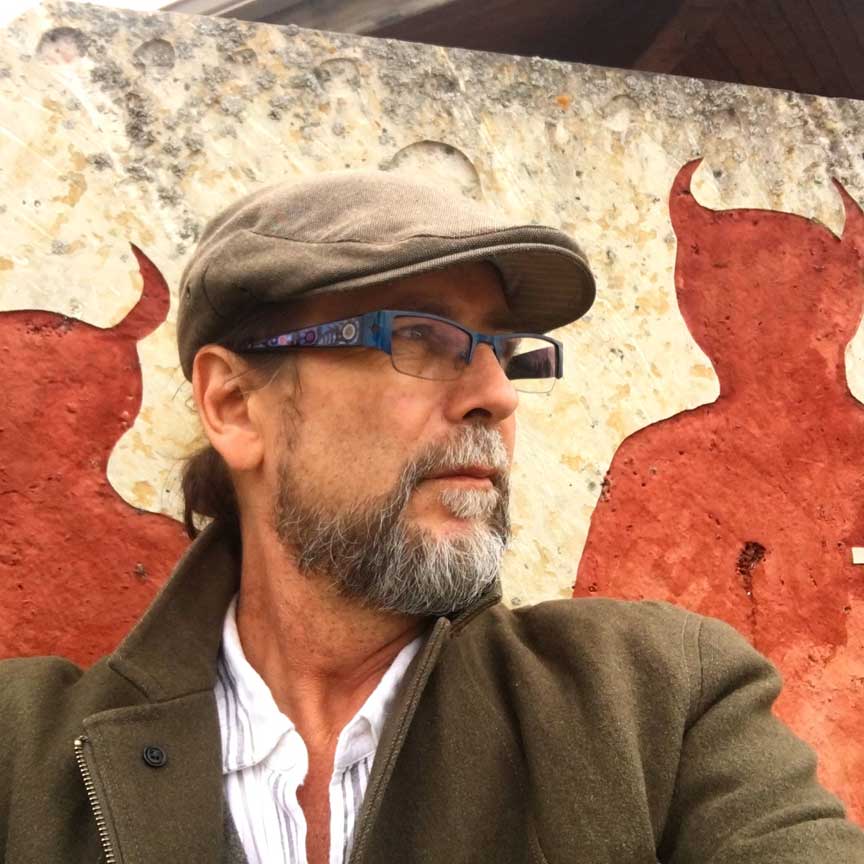 Donald graduated from the Ontario College of Art in1985 and was selected to be part of the Aboriginal Art Acquisition Program for the 2010 Olympic Games. He was commissioned to create a massive 80-foot installation piece for the Vancouver Olympics titled ‘Mother, Friend, Small Bird’ which is on permanent display in Vancouver’s Pacific Coliseum.

His work demonstrates his quest for an artistic expression of his Anishinaabe identity, which encompasses issues of language, family, place and self-determination.

His distinctive style is influenced by the Woodland style of art common to his band, Nipissing First Nation, and his ongoing exploration of his heritage has him concentrating on distinct aspects of Ojibwe doodems (clans) and legends.