Norval Morrisseau was born at Sand Point Reserve, near Beardmore (now Thunder Bay), Ontario in 1931.The eldest in a family of five boys, he was, according to Ojibwe custom, raised by his grandparents. His maternal grandfather, Moses Nanakonagos, was an exceptional storyteller and was recognized as a Shaman by his peers. Morrisseau learned Anishnaabe cosmology from his grandfather, a member of the Midewiwin religious society, and Christianity from his Catholic grandmother. Norval studied his Anishnaabe heritage intensively until he himself became a Shaman. 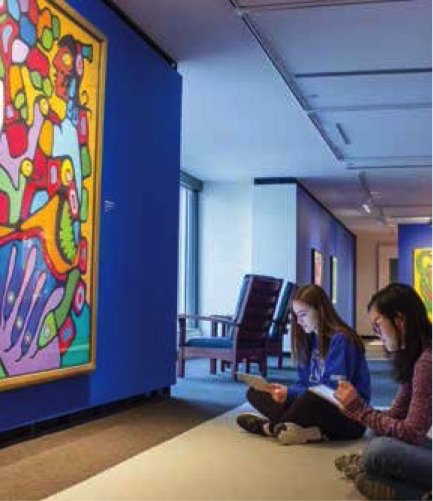 Taught the history and ceremonial traditions of the Ojibwe, Morrisseau (Copper Thunderbird) began drawing the legends of his people at a very young age. In later years, while working in mining, he continued to develop his art. Isolated from major urban centres, he became a full-time artist in the early 1960s, creating The Woodland School, his unique pictographic style – a style that has influenced many First Nations artists including Daphne Odjig, Carl Ray, Blake Debassige, and Saul Williams.

By 1962, Morrisseau’s vibrant, richly colourful paintings had attracted the attention of Toronto gallery owner Jack Pollack who organized a one-man show of the artist’s work. The show gained critical praise.

MORRISSEAU AND THE WOODLAND SCHOOL OF PAINTERS

Morrisseau painted Artist’s Wife and Daughter while staying at a motel near the McMichael Collection and, together with a self-portrait, sold it to Robert and Signe McMichael, whom he had just met.

These acquisitions were the first to be made by the McMichael’s founders who, from the outset, were enthralled by Morrisseau’s innovative art style and over the years continued to add his work to their collection (today, the number of Morrisseau works in the McMichael’s permanent collection totals sixty-four). 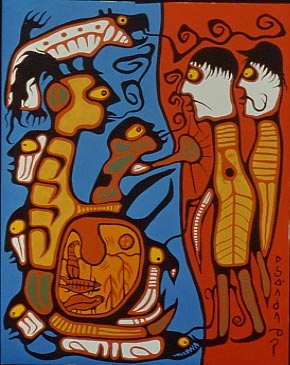 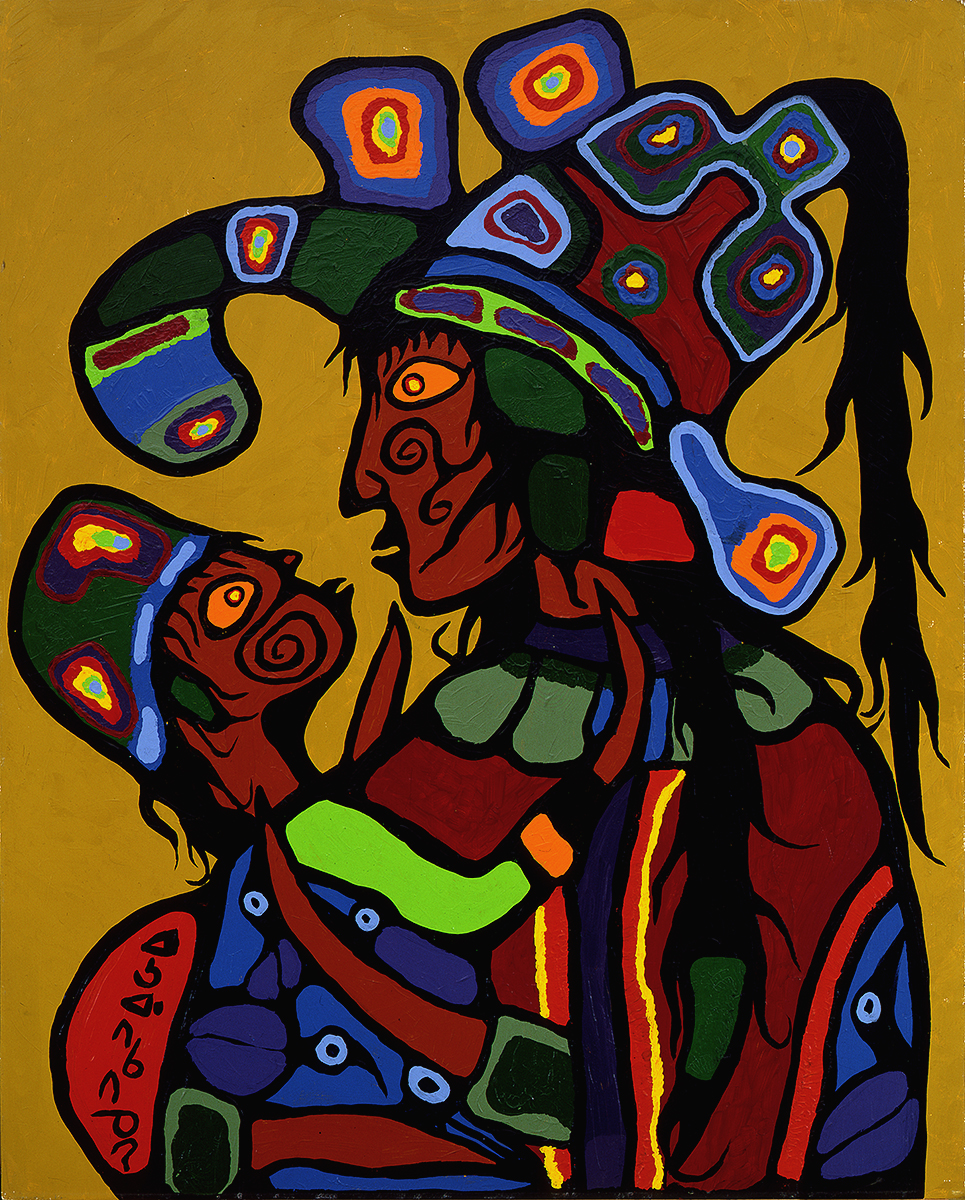 In addition to the Morrisseau paintings, Mr and Mrs McMichael were avid collectors of art by other First Nations artists working in the Woodland or Legend art style developed by Norval Morrisseau. As this collection grew, and in order to display permanently the art created by the Woodland School of painters, Robert and Signe McMichael found it necessary to add additional gallery space to their home. They converted what was then their swimming pool (now the McMichael’s theatre) into a gallery devoted to the creative output of such artists; the new gallery was officially opened in 1975.

Today, the McMichael continues to collect and exhibit art by artists whose work has been influenced by Norval Morrisseau’s unique style and depictions of Anishnaabe legends.