Luthier Tony Duggan-Smith created this guitar inspired by the work of Arthur Lismer. Duggan-Smith will be in a moderated conversation with musician Kevin Breit about the creation of the guitar before a live performance, where Breit will perform. 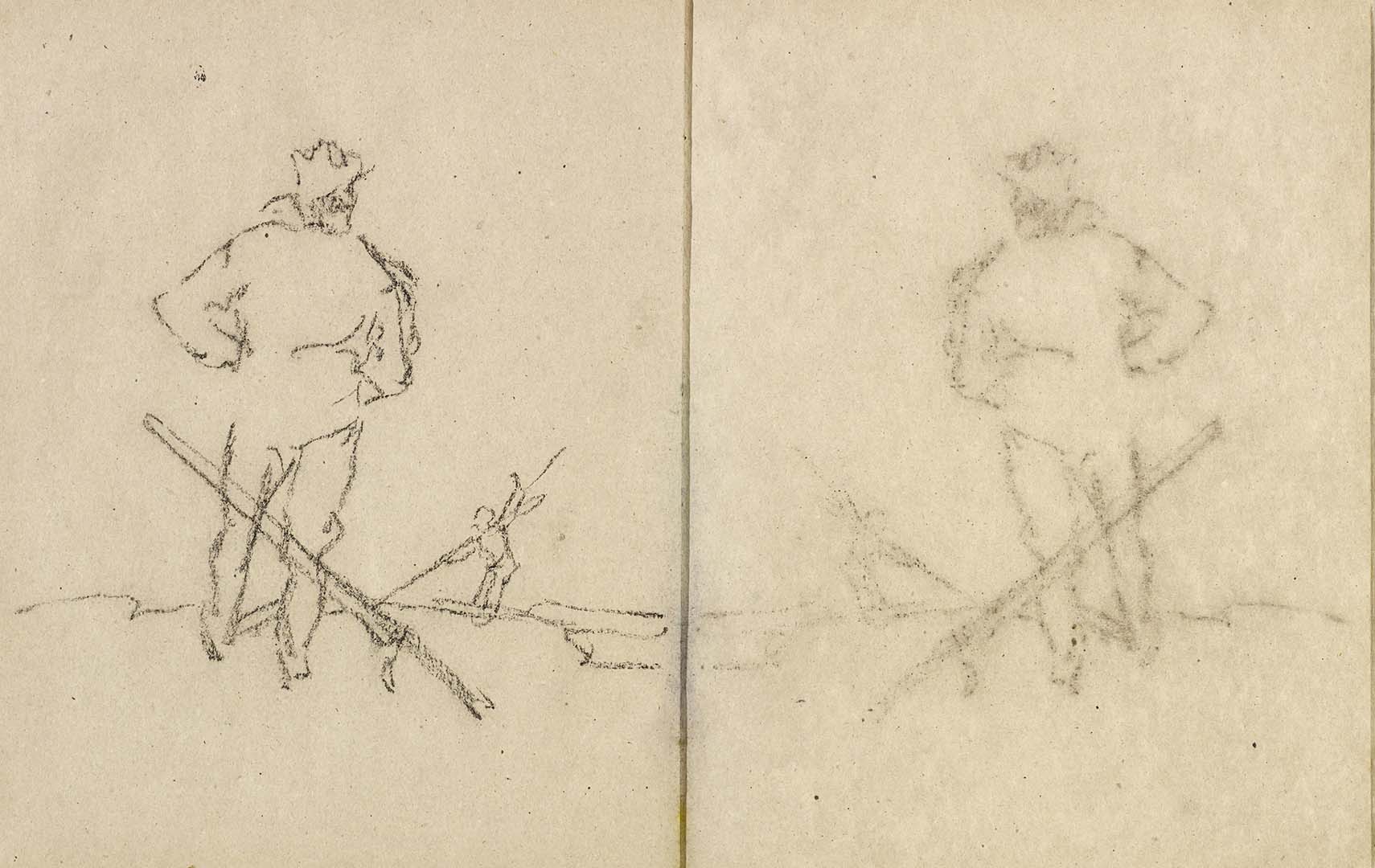 Arthur Lismer (1885-1969), Sketchbook 23 (Nova Scotia), 1917-1919, graphite, colour pastels on paper, 30.4 × 24 × 0.8 cm Arthur Lismer Collection, Purchased with the assistance of a Movable Cultural Property grant accorded by the Department of Canadian Heritage under the terms of the Cultural Property Export and Import Act, and with the generous support of the McMichael Canadian Art Foundation, McMichael Canadian Art Collection Archives

Tony Duggan- Smith was born in Saskatoon in 1953, and spent his early life in England. After studying Fine Art for three years in the UK, Tony mentored with Michael Craig-Martin (Damien Hirst/Young British Artists) and returned to Canada in the early seventies to attend the Nova Scotia College of Art & Design, an international hub of the conceptual avant-garde at the time. Duggan-Smith’s passion for the arts was interdisciplinary. At age 22, an apprenticeship with Jean Larrivée allowed him to explore the design, building, and restoration of musical instruments while also writing and performing.  In addition, Tony also worked as a key set designer with legends such as producer Herbert Leonard (Route 66/Rin Tin Tin).

Kevin Breit is a Canadian guitarist, vocalist, and singer-songwriter from McKerrow, Ontario, Canada. His group, The Sisters Euclid, has been a fixture at the Orbit Room in Toronto for the past 13 years. Breit has worked as a touring guitarist or session musician with a variety of musicians including Norah Jones, Celine Dion, Marc Jordan, Molly Johnson, Harry Manx, Holly Cole, Serena Ryder and the Rankins. He also performs as a solo artist and as a member of the folk group Folkalarm. He was awarded the 2012 Juno Award for Best Instrumental Album as member The Stretch Orchestra. Breit has performed on recordings that have earned 13 Grammy Awards.