Franklin Carmichael’s artistic talent was evident at an early age – sufficiently so, that his mother enrolled him in both music and art lessons. As a teenager growing up in Orillia, Ontario, Carmichael worked in his father’s shop as a carriage striper. Working on the scrolled decorations of the carriages, he practiced his design, drawing and colouring skills. In 1911, his interest in art took him to Toronto, where he studied art at the Central Technical School and the Ontario College of Art. Although sketching in many locales around Ontario, including Georgian Bay and the North Shore of Lake Superior, the La Cloche Hills, the site of the family cottage, became a favourite painting location. Primarily a watercolourist, Carmichael was the youngest member of the original Group of Seven.

Carmichael spent twenty-one years of his life working as a commercial artist and designer, and the remaining fourteen years of his career teaching its methods to others. When he arrived in Toronto in 1911, he was hired as an office boy by Grip Ltd. The head designer was J.E.H. MacDonald, one of the most prominent men in his field at the time. Carmichael joined the Sampson-Matthews firm in 1922, probably as head designer under the art directorship of J.E. Sampson. Among his projects at Sampson-Matthews, Carmichael worked on the illustration and design of a number of promotional brochures as well as advertisements for newspapers and magazines. In step with the fashions of the times, his work increasingly reflected the flat, simplified design popular in the 1920s.

In the 1920s Carmichael also created illustrations for stories, mostly in magazines. The distinctive commercial art of Franklin Carmichael is among the finest examples of design work by the Group of Seven. Learn more about his design work. 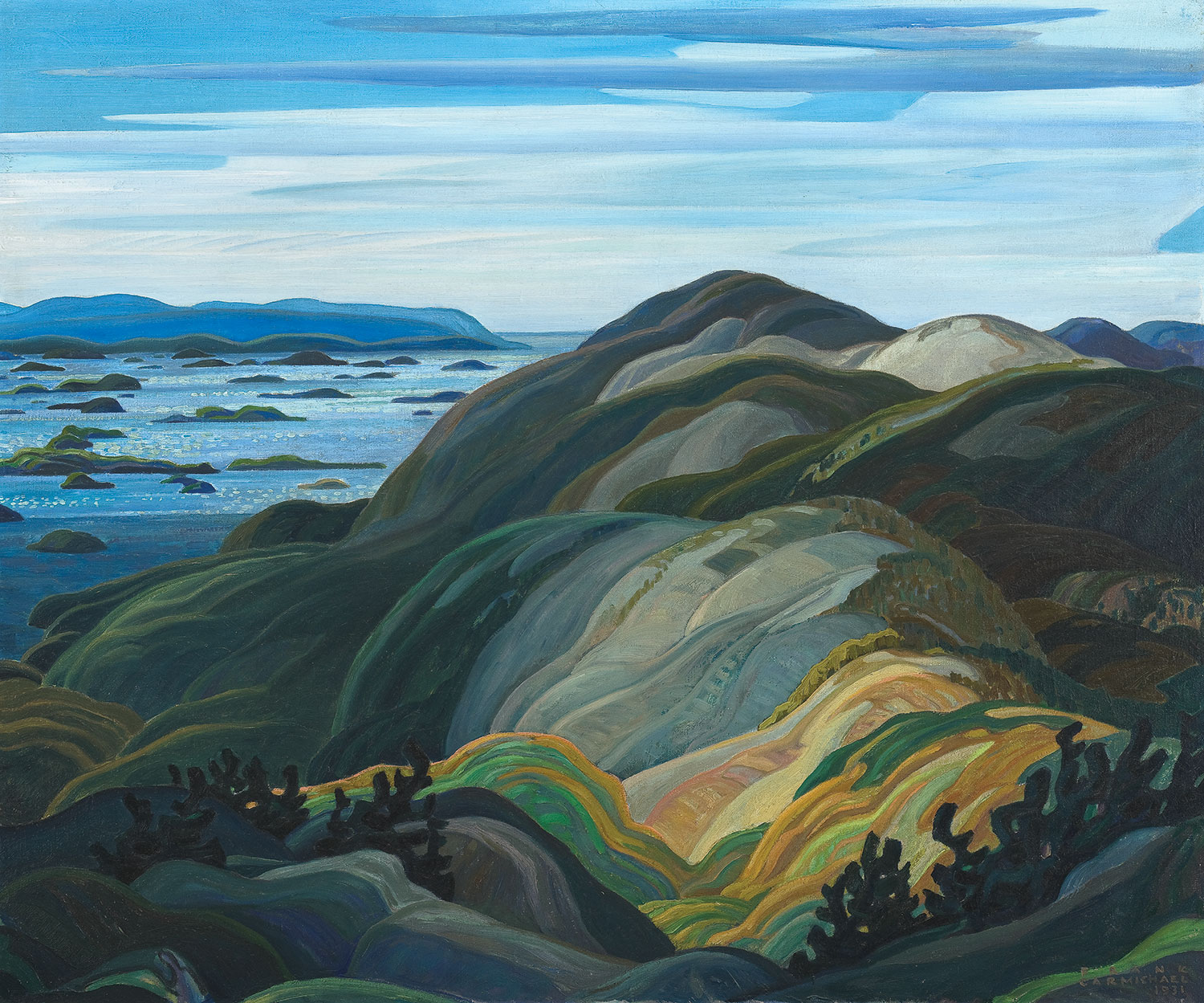